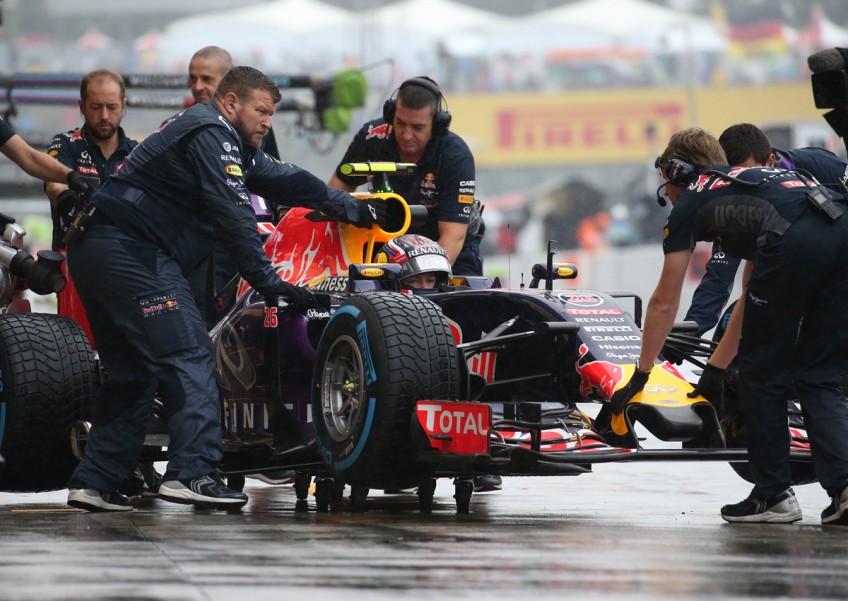 SUZUKA, Japan - Red Bull boss Christian Horner said Friday that owner Dietrich Mateschitz has become "disillusioned" with Formula One but insisted he was fighting to prevent the team from leaving the sport.

The Austrian energy drinks giant has threatened to quit F1 if it cannot secure guarantees of a competitive engine next year after its impending split from Renault, with Ferrari considered the best - and perhaps, only - option.

"Dietrich Mateschitz doesn't talk very often, but when he does you have to sit up and take notice," he told reporters in Suzuka. "He is somewhat disillusioned with F1 at the moment and has been very consistent in that statement. It is my job to try to find a solution.

"We have a big commitment to F1, a big workforce, a very talented team, and I'm doing my best to try to ensure we find a competitive engine to power the team next year.

"Of course if that is not the case there is a risk because Red Bull's position is different to teams like McLaren, Williams or Ferrari," he added.

"Formula One has to provide a marketing return globally. In order to do that, you need to be able to not be restricted in terms of the tools at your disposal." A formal announcement of Red Bull's split with engine suppliers Renault could be made soon but Horner said talks with the French carmaker were continuing.

"There are some positive discussions going on behind the scenes with Renault," he said. "Red Bull's position and Renault's position is fairly clear with what we want to achieve. Hopefully that should be concluded in the coming days."

Red Bull entered Formula One in 2005 and dominated the sport between 2010-13 when German Sebastian Vettel won four successive world titles.

They have made a commitment to the sport's commercial supremo Bernie Ecclestone to race until 2020, but Horner blamed a diminished return on investment since those glory days for Red Bull's change of heart.

"As Bernie Ecclestone often says, circumstances change," said Horner. "The circumstances now are very different compared to when we entered into that agreement.