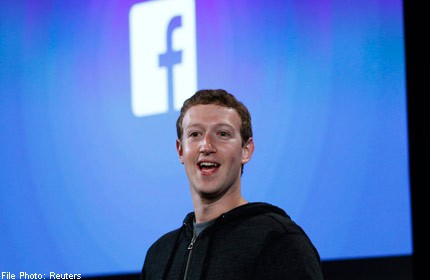 Facebook Inc's Chief Executive Mark Zuckerberg has enlisted Samsung Electronics Co Ltd , Qualcomm Inc and four other companies for a project aimed at bringing Internet access to people around the world who can't afford it, mirroring efforts by Google Inc and others.

The project is called Internet.org and will be launched Wednesday. It focuses on enabling the next 5 billion people without access to come online, Zuckerberg said.

"The goal of Internet.org is to make Internet access available to the two-thirds of the world who are not yet connected and to bring the same opportunities to everyone that the connected third of the world has today," said Zuckerberg.

Other players in the project include Ericsson, MediaTek Inc, Nokia, and Opera Software ASA .

Google said in June that it had launched a small network of balloons over the Southern Hemisphere in an experiment it hopes could bring reliable Internet access to the world's most remote regions.

That pilot programme, Project Loon, took off in June from New Zealand's South Island, using solar-powered, high-altitude balloons that ride the wind about 12.5 miles (20 kilometers), or twice as high as airplanes, above the ground, Google said.