Failing maths paper turns out to be a good thing 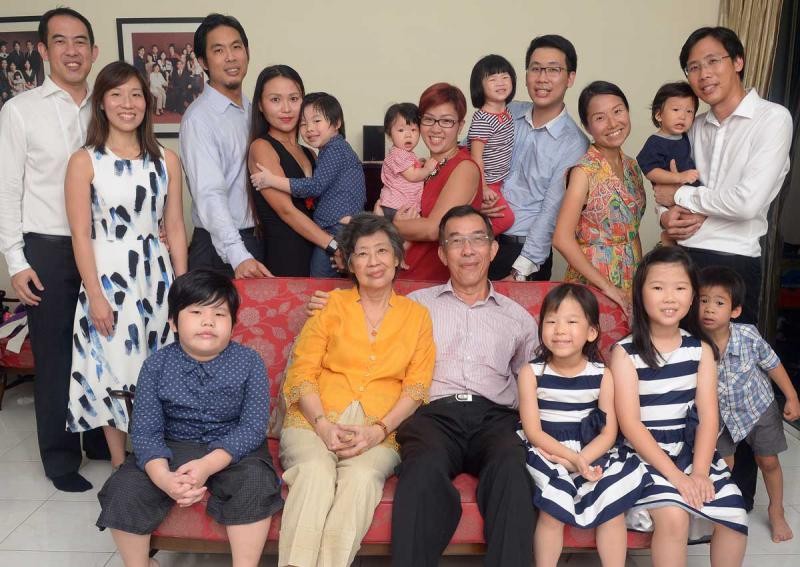 A mental block that developed when Mr David Choo was taking his final pre-university maths exam at 18 ruined his chances of applying for a scholarship to study in Hawaii.

Unknown to him then, it ended up changing the course of his life.

The 67-year-old insurance veteran, now managing director at financial advisory Promiseland Independent, recalls that he could not do many of the problems, even though they were not much harder than the ones he solved before.

It dawned on him in an instant that he would fail the paper.

After that day, Mr Choo spent time in his room and at a nearby park reflecting on what it meant.

"My siblings could tell that I was disappointed...," he recalls.

"I'm not the angry type, I don't bang on tables... but I was more quiet over the next few days."

He concluded it could be a divine call to be more spiritual and a way of keeping him in Singapore.

"I was out of church for a while. I thought maybe it was a warning to be closer to God... Since that day, I have not missed church," he says.

It turned out to be for the better, as he met his wife in Singapore, he adds. Mr Choo, who has four sons, became more involved in Christianity in a local university, where he was active in the campus Christian fellowship.

After graduation, he worked for the civil service and then as a logistics manager for Swedish welding products firm Esab. He had long been considering dedicating more time to church work, and finally took the plunge around 1984.

"I became a church elder in 1984. That period was when the pressure of church ministry built up.

"I decided the best way was to come out and set up my own business," he says.

That would allow him to set aside time during working hours for church activities and still have enough time for his family after work. Around that time, Esab also closed some operations here.

Mr Choo, who was then earning $90,000 a year, agreed to be retrenched. He offered his services in logistics consultation, but realised that firms were not ready for this.

The thought of becoming a part-time lecturer crossed his mind, but he says he would not earn enough to support his family then.

His brother, an insurance broker at that time, invited him to join the sector. Mr Choo says: "I could see straightaway that there was potential. You are in control of your time.

"There is not much capital required, you just need to meet people and companies."

He calculated that every year, he could sell insurance to 30 companies with more than 100 employees each, and match his previous annual income. Business grew rapidly, and he and his brother decided to start their own firm in 1986, naming it Promiseland. They each invested $1,000 in start-up capital.

In the early days, he would spend about three hours a day on church work, which included counselling and preparing sermons, and about eight hours on his job.

The firm broke even in 1987, and now has revenue of $10 million a year. It has 28 staff members and sells life and general insurance on behalf of insurance organisations.

Two of Mr Choo's sons, who are 32-year-old twins, are working there as operations and administration managers. His wife Florence Tan, 67, is a non-executive director.

A I am the seventh in a family of eight children and grew up on St John's Island. My father came from China and was posted to the island as a butler to doctors. He would cook for them and clean their quarters. The island was then a quarantine centre for immigrants.

Before they could land in mainland Singapore, they were taken there to undergo health checks.

My dad's income was about $150 a month. My mum had to take care of the children, and also did some work like laundry services for workers on the side. My school principal once saw our income and he was shocked. 'How are you all coping and surviving?' he asked.

We relied on planting vegetables like cucumber and bittergourd and rearing chicken so we did not go hungry. We could even save, and neighbours also came to borrow money from us.

Q What is your investing strategy?

A Most of the shares I own are in blue-chip companies.

As long as they pay regular dividends and the dividends match or are more than the one-year fixed deposit interest rate, I am OK.

I look for companies that have stable businesses and have a competitive advantage in their area of business to ride out market cycles.

For instance, I own a stake in a local listed company involved in the layout of big department stores and which takes on several projects for the Formula One race.

The same management team has brought the company through different cycles too.

I also like some local transport company shares. The companies are quite reliable as transport services are a necessity.

I also invest in unit trusts whose returns are quite stable, at about 5 per cent per annum. There are about 10 unit trusts in my portfolio.

They invest internationally in a mix of stocks and bonds.

I prefer returns that are more certain. That is why I invest in my Central Provident Fund (CPF) Retirement Account (RA) where the returns are 4 per cent.

The amount in my RA is above the Minimum Sum requirement.

Most of my money in insurance is also invested in annuity plans.

I allocated a fair amount of my portfolio to fixed deposits, CPF and insurance to limit risk.

Returns from these areas are more certain. Even if stocks go down, I will not lose sleep.

I do not keep track of my portfolio returns constantly as it would take up a lot of time. Even if I am richer by another half a million, so what? I would still eat the same food and drive the same car.

Q What is in your portfolio?

A Its current market value is in the low seven-figure range.

This is from my stake in a fund management firm bought around 2003. The firm has gone public and the value of the stake has grown by about 54.6 times.

The rest of the portfolio has gained about 30 per cent in value over the last 10 years.

When I purchased the annuities, I expected a return of about 4 per cent per annum. But because of the decrease of long-term bond interest rates, the annuity payments which are tied to that have come down.

Q What does money mean to you?

A Money is a means to achieve the purposes of a life I value.

I believe in helping people who need help and in supporting my church. I will also support my children if they are doing something worthy.

We went to many places, like Britain, Denmark and Switzerland.

We splurged on things like West End theatre tickets. One ticket was about $100, which was quite high compared with my salary.

A I want to invest in young people who want to spend time on things they believe in but do not have enough time. They must have ability and be of good character.

Many of them are working in full-time jobs which take up the whole day and even nights. Some may want to do more and be church leaders, do social work or spend more time with children.

I want to invest in these young people and train them to be financial advisers with the company.

They can use our infrastructure for their work.

Our staff have done that before.

In terms of what this may cost, our staff may have to spend a few hours a day in mentoring these young people, and I may have one or two more staff to do more management and to guide them along.

A I am looking to hand over management duties gradually over the next three to five years.

I am not beholden to giving my position to my children, although they are in the running.

Returns from my CPF, annuities and fixed deposits now amount to about $2,500 a month.

I think my wife and I would need $5,000 a month each during retirement. When the time for retirement comes, I am confident my portfolio can supply this amount.

A My terraced house in Charlton Park in Serangoon. I live with my wife and a helper.

I drive a Toyota Camry.

When we asked the firms there if we could sell insurance policies on their behalf, they said yes.

However, no firm wanted to be the first to allow us to sell their policies.

They had expected their in-house agents to resist this.

I learnt that business cultures are different in different countries.

In Singapore, what people say is usually what they mean.

In Indonesia, even if people say "yes", it may still not be settled.

On the whole, I have gathered that to limit risk in cases like this, it is better to collaborate with firms which are doing something similar to what we want to do.

A I purchased $4,500 worth of private shares in a friend's fund management company around 2003.

That company ended up listing and the shares are now worth around $250,000.

I was 50-50 on whether the business would succeed and was prepared to lose the money.

The main reason I lent it to him was that he was a friend and a serious, hardworking person.