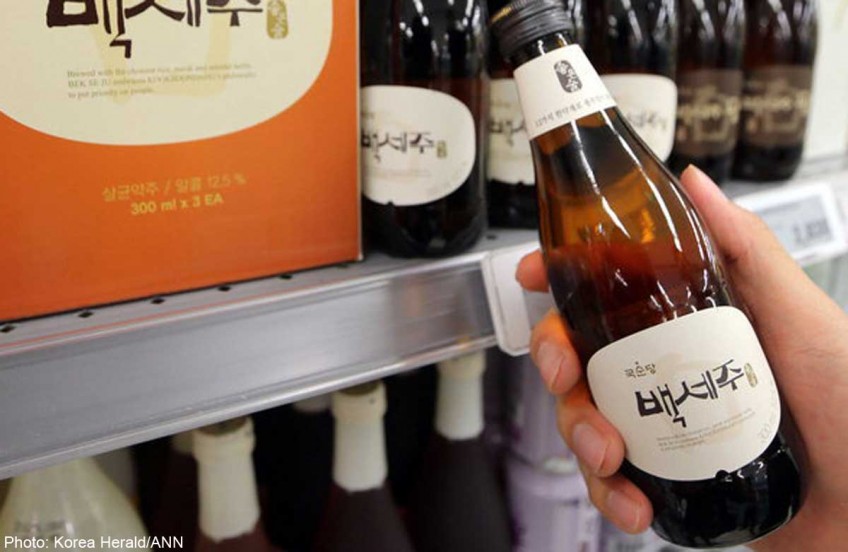 Now it is the liquor business that is facing the consequences.

Bekseju, a rice wine manufactured by Kooksoondang, has been found to contain cheaper but banned Cynanchum auriculatum royal, instead of Cynanchum wilfordii, or "baeksuo," according to the Ministry of Food and Drug Safety.

There are currently 207 products that claim to contain the traditional herb substance but only 10 of them proved to be authentic, the ministry said.

The disputed substance is edible, but experts including the Korean Society of Toxicology advises customers to refrain from intake until further evaluation.

Responding swiftly to the announcement, the beverage company decided to immediately recall the entire batch of Bekseju concerned.

"Cynanchum auriculatum royal was detected in part of Bekseju's ingredients, but the finished products turned out to contain none of the disputed substance," the company said in a statement.

"But considering the concerns of our customers, we decided to voluntarily recall the entire quantity on the market."

Major retailers, department stores and convenience stores suspended sales of Baekseju and took the products off their shelves Tuesday, shortly after the ministry's announcement. Small regional dealers may take longer but the company pledged to aim at perfection until the scandal is resolved.

"We purchased our ingredients from NongHyup-contracted suppliers and applied a certified quality test system, but realise that this may not be sufficient to guarantee the quality of our ingredients," the company said.

Kooksoondang's stock price, which had plunged upon the announcement, bounced back Wednesday, reflecting the entry of low price investors.

But the headaches are not over for the traditional liquor company, as Bekseju not only accounted for over 20 per cent of its sales last year but was also a signature product, often used as a toasting drink at major receptions.