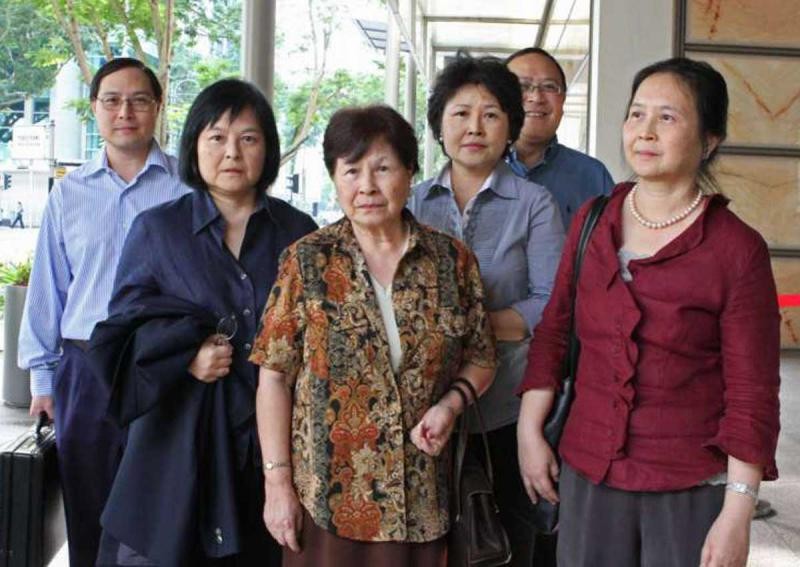 Eight years ago, businessman Thio Keng Poon, founder of Malaysia Dairy Industries (MDI) - the company behind the Marigold and Vitagen brands - sued his wife and six children for ousting him from four family companies.

Now, three of his children are suing their two brothers and their mother for minority oppression.

In a case that opened in the High Court yesterday, the plaintiffs want their brothers and mother to buy them out of three family companies at a price to be determined by an independent valuer.

The plaintiffs, Wendy, 57, Michael, 54, and Serene, 54, are minority shareholders. They allege that majority shareholders, Ernest, 58, and Patrick, 52, had abused their control of the companies and unfairly oppressed them.

They allege that the pair, with the support of their mother, Madam Kwik Poh Leng, 84, pursued a "personal vendetta" against their father using company resources.

The plaintiffs claim that this "persecution" extended to them when the defendants felt that they took their father's side.

They allege that the two brothers raised their own remuneration but cut their siblings' benefits; excluded them from management; and removed them as directors.

The trio had rejected an offer by Ernest and Patrick in 2012 to buy their stake at "undervalue" and these "unfair acts" were designed to compel the plaintiffs to sell their stake low, said their lawyer, Senior Counsel Alvin Yeo.

MDI was valued at $400 million using one methodology and $1.2 billion using an approach put forward by the plaintiffs, the court heard.

The eldest sibling, Vicki, 60, has sold her stake and is not involved in the dispute.

The brothers, represented by Senior Counsel Ang Cheng Hock, have run the companies since the 1990s. They say there was never any expectation that the plaintiffs, who were issued shares in 2002, would be entitled to run the companies.

Madam Kwik, who is still married to Mr Thio, said through her lawyer, Senior Counsel N. Sreenivasan, there was no reason for her to favour Ernest and Patrick and her only interest was the smooth and profitable running of the companies.

This article was first published on April 27, 2016.
Get a copy of The Straits Times or go to straitstimes.com for more stories.