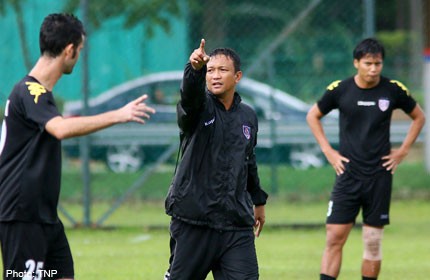 JOHOR BARU - Fandi Ahmad, the former coach of Johor's Darul Takzim, has resigned from all posts in the Johor Football Association with immediate effect.

Fandi, a former Singapore international, was the Darul Takzim coach for the past season before being made team manager, which many saw as a demotion.

In the FA Cup final, Fandi made changes within the first few minutes which many believe put his team at a disadvantage, eventually losing to Kelantan 1-0.

When contacted, Fandi said football was his life and it gave him a life to live, thus giving back something to the game is what he would like to do.

Fandi said coaching was what he loved most besides being happy with the job. And his decision to quit the team was in the best interest of both parties.

The Singaporean reiterated that his decision was discussed at length and agreed upon amicably.

Echoing the same sentiments was Johor FA secretary Fahmy Yahya, who added that the door will always be open for Fandi, who, according to Fahmy, is a part of the Darul Takzim family.