Fewer than 20 late for exams despite NEL disruption 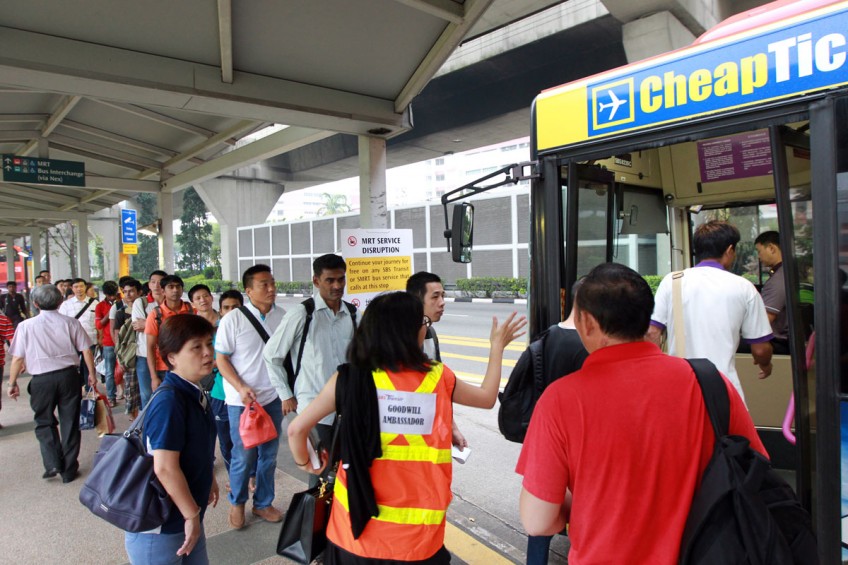 Fewer than 20 students were late for their O- or A-level exams yesterday, the Singapore Examinations and Assessment Board (SEAB) said, despite a disruption on the North East Line that affected 41,000 commuters yesterday morning.

In a statement yesterday, the exam board said most candidates affected by the train breakdown arrived within 30 minutes of the start of their papers.

Exams for O-level additional mathematics as well as A-level Mother Tongue and third languages started at 8am yesterday. Affected students were allowed the full duration of time allotted for their papers.

A new train undergoing testing had pulled a wire on the North East Line's overhead power system, causing the disruption from around 5am to 7am yesterday.

In its statement yesterday, the exam board said it has in place contingency plans to deal with "events that may disrupt the conduct of the national exams".

The SEAB said it had worked with all schools to inform candidates that if they cannot get to their schools in time to take a national exam, in the event of a train disruption, they can take the exam at other schools near the train stations.

A list of schools near the train stations is put up on the exam board's website and in MRT stations. Private candidates have been informed as well, the SEAB said.

The exam board's website has a list of secondary schools and junior colleges located near train stations on all MRT lines, including the North East Line, Circle Line and Downtown Line.

Those who cannot reach their exam centres before the paper ends should go straight to a school or an examination centre nearest to them.

For instance, a secondary school student who is stuck at Sengkang station during a train breakdown and is at risk of missing his paper completely can head instead to Nan Chiau High School, about 1km away from the station.

The SEAB added in its statement yesterday that schools and exam centres are prepared to accept affected candidates from other schools under such circumstances.

Mr Reuben Cheang, 51, a manager at a multinational corporation, who lives around Buona Vista, drove his son to St Andrew's Junior College (SAJC) to take his A-level paper yesterday after he heard about the train disruption.

His son usually leaves home at 6.30am and takes the train from Buona Vista to Potong Pasir, to get to his school, SAJC.

"When he woke up this morning, he was alerted to the train breakdown and I had to make changes to my own schedule and take him to school," said Mr Cheang.

They did not want to take chances with the free buses provided, he said.

While his son made it to the exam on time, Mr Cheang was late for work and missed an 8am meeting at his office in Yio Chu Kang.

"He was not late for school but I was the collateral damage. I was late for work instead," he said.

This article was first published on October 27, 2015.
Get a copy of The Straits Times or go to straitstimes.com for more stories.