Filipino cooking has (finally) arrived on the scene 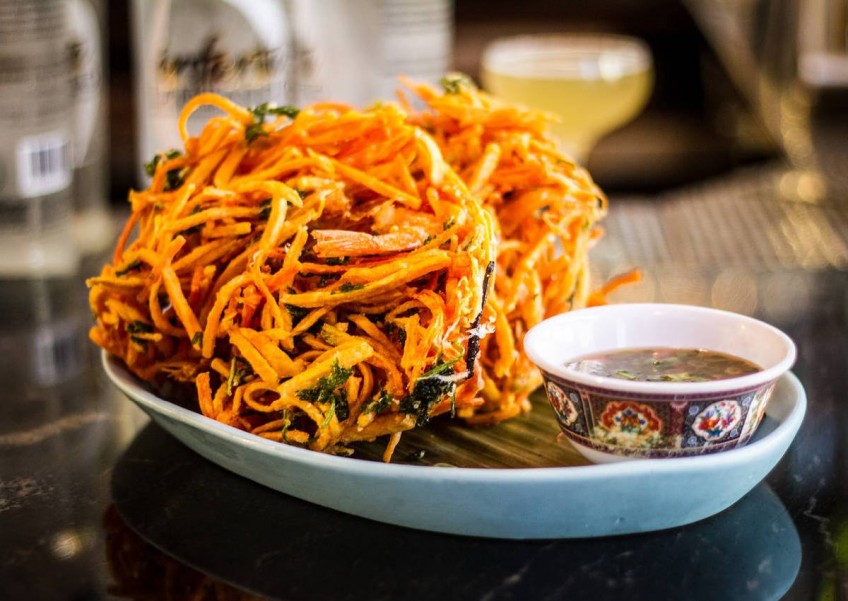 At Washington D.C.'s Bad Saint, the cuisine that draws from a global span of cultures gets a long overdue spotlight

"Filipino food doesn't quite fit in a neat little box," says Genevieve Villamora, co-owner of the pretty little box of a restaurant Bad Saint in Washington D.C.'s thriving Columbia Heights neighborhood. "It's like a lot of things, but as a whole it's not like anything else."

As somebody who has been obsessed with all stripes of Asian food for over a decade, I've long been both intrigued, and puzzled, by the cuisine that plays a quiet, though prominent, role in American foodways. According to the most-recent Census, there are 3.4 million Filipinos living in the United States (the 4th largest immigrant group in the US behind Mexico, China and India). Yet, virtually little is known about the cooking that is at its root Creole, or a crossroads of cultures like Louisiana or Macau or even Hawaii.

In the Philippines, the culture is rooted in Indian, Spanish, Chinese and, more recently, American traditions-all layered and scattered through 2,000 inhabited islands. The cooking is then brought back to the United States, via immigration, and pushed through an entire new set of filters. So when asked if there is a single dish that best represented Filipino food as a whole on the menu at Bad Saint-there was an awkward pause. "We're trying to represent the entire country, but really it's impossible to tell this story in a single dish" says a patient Ms. Villamora.

A few weeks earlier, I had visited the restaurant, dining solo, on a last-minute tip-and had one of the most enjoyable meals in years. One of the dishes in particular stuck out, and there was a story.

- A New Book For Sausage Lovers, Stuffed With Humor