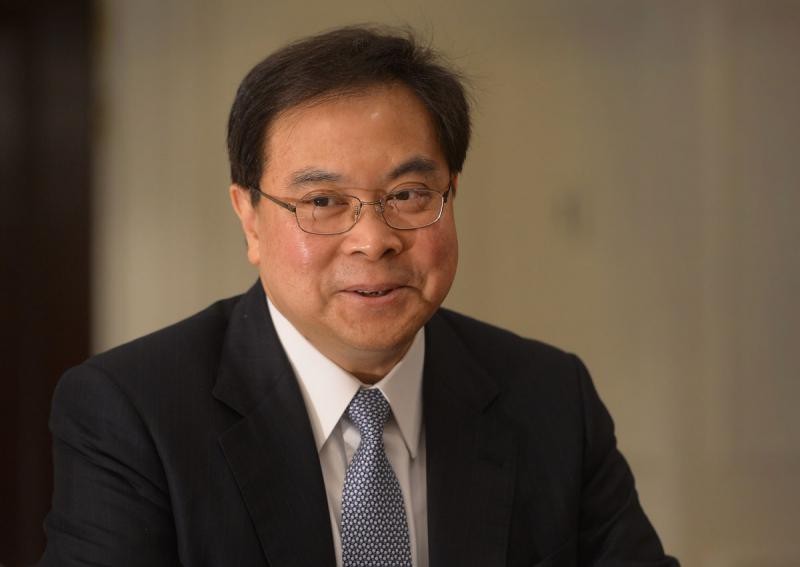 Mr Tsien was responding to a question at the annual general meeting (AGM) about how fintech could disrupt traditional banking models and force banks out. "We need to collaborate with the technology that the fintech companies develop, and find ways to implement them within the bank to improve customer service, understand customers better and achieve operational efficiency," he said.

Fintech firms will make inroads in segments of banking that require less trust, but banks will still have the upper hand when it comes to the customer's trust, he noted, adding that OCBC is not about to invest in financial technology firms just to make a gain.

Shareholders also grilled OCBC on its latest acquisition of the wealth and investment management business that Britain's Barclays Bank has in Singapore and Hong Kong for US$320 million (S$432 million), director fees and its exposure to oil and gas and China, among other issues.

OCBC chairman Ooi Sang Kuang said: "The Barclays business has significant exposure to ultra-high-net-worth individuals, which we do not have. With the acquisition, it will broaden our client and geographical coverage."

OCBC also announced that Dr Cheong Choong Kong, 74, is retiring as a non-executive, non-independent director after more than 16 years on the OCBC board. He succeeded the late Lee Seng Wee as OCBC chairman in 2003, and retired from that position in 2014.

The mood lightened for a moment when an investor noted that OCBC will hold its "80th AGM next year", and asked if there would be something special for shareholders, since United Overseas Bank (UOB) paid a special dividend last year.

UOB paid out 20 cents per share to mark its 80th anniversary.

OCBC will celebrate its 85th anniversary next year, and Mr Ooi said the board would carefully consider the bank's capital level and capital structure.

OCBC held the meeting at Sands Expo and Convention Centre to accommodate a larger crowd of around 1,600 shareholders, well in excess of the 1,200 shareholders at the AGM and extraordinary general meeting last year.

The greater number this year may be attributed to a reduction of board lot sizes from 1,000 to 100 shares, making investing more affordable to retail investors, and falling share prices.

Young investor Chin Jin Jie, 21, started investing this year and this was his second AGM.

Unlike some listed firms that have cut back on goodies at AGMs this year, OCBC continued to provide bento meals.

But freelance developer Lee Wai Meng, 41, said: "If the company can save money, in a way, that's good for shareholders."