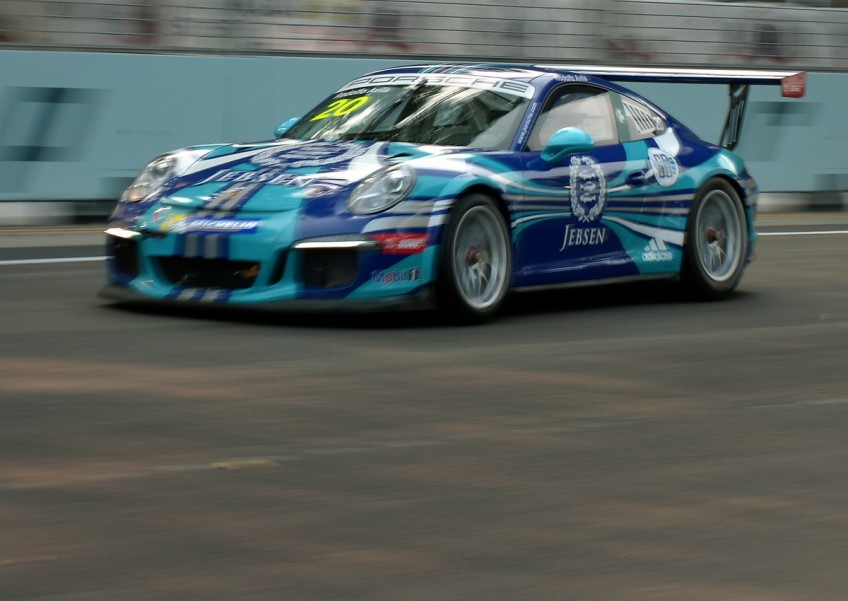 Yuey Tan’s lead in the Porsche Carrera Cup Asia Class B category has been cut to just five points, with three races remaining.
The Straits Times

The Singaporean race driver was forced to retire his Porsche 911 GT3 with three laps to go in the 10-lap race at the Marina Bay Street Circuit yesterday.

Tan was third among Class B drivers at the time, having lost his pole position from Friday's qualifying on the opening lap after he misjudged a turn.

Even though the Team Jebsen racer failed to finish, he remains atop the standings of the second-tier category, which is for semi-professionals and serious amateurs.

However, his lead over Thai opponent Vutthikorn Inthraphuvasak has been slashed from 17 points to just five.

There are only three races remaining, including one on the same circuit today.

Fellow Singaporean Ringo Chong of Team Kangshun was also forced out. He bowed out on Lap Six following a crash with China's Bao Jinlong .

The race was won by Class A veteran Craig Baird of New Zealand.

Tan, who is bidding to be the first Singapore-born racer to win the overall title in any of the PCCA categories, cut a forlorn figure after the chequered flag.

He is still looking for his first win this year though he has notched five podium finishes in 11 races.

"It's just so, so disappointing to get my first blowout, particularly in my home race which I won last year," the 33-year-old told The Sunday Times. "A stone from the track entered the car around Lap 5 and it shut down the electrical systems."

Jebsen engineers have since fixed the issue, with Tan again targeting a podium finish today to consolidate his championship lead.

He said: "Saturday was a day I never want to remember again.

"Let's hope Sunday is unforgettable for the right reasons."