Flavours of home on menu in Brazil 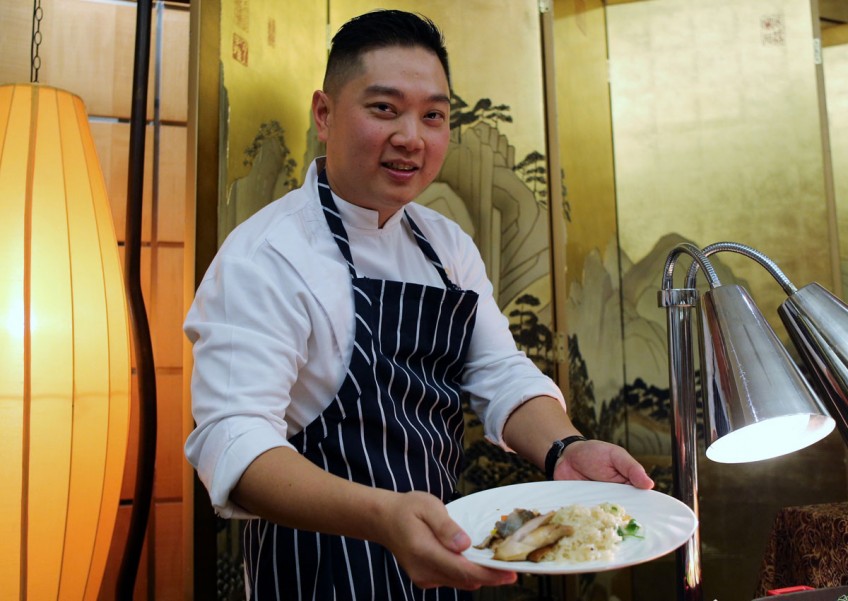 Pan Pacific Singapore executive sous chef Elson Cheong presenting one of the dishes that will be served at the Rio de Janeiro Olympics for Team Singapore.
Sport Singapore

So imagine her delight when she learnt that she and the rest of Team Singapore will still get to indulge in local culinary delights at the Aug 5-21 Olympics in Rio de Janeiro.

The Singapore Sports Institute will set up Singapore House 5km from the official Olympic Village, the athletes' main residence. It will serve as a home away from home for the contingent, providing an alternative space for the athletes to rest and recuperate as they compete in Brazil.

It will provide round-the-clock holistic care and have a staff of 18 including three physiotherapists, three trainers, two psychologists, a doctor and a nurse.

The 7,600 sq ft house also has four en-suite rooms to hold 16 people, a consultation room for the psychologists to conduct sessions, a kitchen and a mini-kitchen along with a dining hall. There will be also a gymnasium and a swimming pool.

An array of local food - such as chicken rice, laksa and mee siam - will be served, albeit healthier versions. The 88-dish menu will be prepared by Pan Pacific Singapore executive sous chef Elson Cheong.

The SSI's associate sport dietitian Cheryl Teo, who worked closely with Cheong to craft the menu, explained the challenges: "We're bringing only about 40kg of pastes to Rio but everything else is sourced locally.

"In Brazil, Asian food is not as common as compared to London. We're going to make small tweaks to incorporate ingredients that are found in Brazil.

"For example, we can't find yellow noodles for the laksa so we will replace it with spaghetti."

Noodles or spaghetti, Choo is not bothered. She said: "It is the food (that I miss the most about Singapore). The Singapore House is a great idea and I don't have to cook when I'm there, so that's great.

"It's peace of mind because I don't have to worry about food. I know that's catered for and it's just one less thing to worry about."

This article was first published on June 29, 2016.
Get a copy of The Straits Times or go to straitstimes.com for more stories.