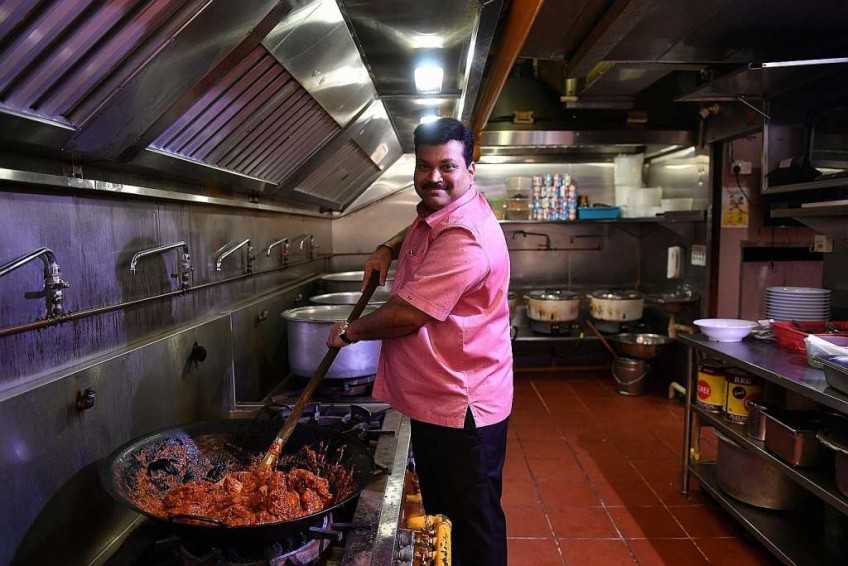 Good restaurants that are usually off the radar are now in the spotlight, thanks to the inaugural Straits Times and Lianhe Zaobao Best Asian Restaurants list.

It celebrates the best in Asian dining in Singapore, with restaurants listed in bronze, silver and gold categories. The bronze category winners were announced yesterday.

Thirty restaurants made the cut.

The silver and gold recipients will be announced at a gala reception at the Mandarin Orchard hotel on March 29.

The Straits Times' Life editor Tan Hsueh Yun, 49, one of the four judges for the awards, said: "We visited restaurants that would not be on any 'best of' lists, and made sure restaurant chains did not dominate.

Some 80 Asian restaurants were shortlisted, and the panel dined incognito at the eateries, using quality of food and service to determine the winners.

The awards, part of the year-long gourmet extravaganza Asian Masters, are meant to be given out annually.

Asian Masters, which is in its fifth edition, features events such as whisky- and champagne-pairing dinners throughout this month. It continues with monthly dining promotions until February next year.

The event is organised by Sphere Exhibits, a wholly owned subsidiary of Singapore Press Holdings, and food and beverage consultancy Poulose Associates.

Some of the recipients of the bronze awards were surprised by the accolade.

Ms Nagajyothi Mahendran, 32, director at Samy's Curry, said: "It is very encouraging to be recognised because most awards tend to feature fancy fine-dining restaurants. We stick to tradition.

"If we make any changes, customers will complain."

Chef-owner Mervin Goh, 45, of Japanese restaurant Akashi at Orchard Parade Hotel, which is on the bronze list, said: "This award is a bold start to recognise restaurants that are not the usual stylish or well-known places.

"Some of these restaurants have been in the business for many years, such as Teochew Restaurant Huat Kee. Restaurants like these must be doing something right if they are still doing well, even without Michelin stars."

Life's Mr Wong, 55, said: "The list features restaurants you don't normally think about. While we do have some of the usual suspects, we also have those that are off the beaten track, such as The Famous Kitchen and Tonny Restaurant."

Zaobao's Mr Yeo, 42, said Hua Yu Wee Seafood Restaurant holds sentimental value. "I am glad that Hua Yu Wee is on the list because my parents would go there on dates in the past. We still frequent the restaurant."

He added: "The list of bronze winners is diverse and features many Singaporean favourites."