Vegans should check that their chewable jelly sweets, including jelly babies and gummy bears, are made using pectin or starch, rather than animal-derived gelatin.

Whether you're a vegan or opt for the occasional vegan meal, the chances are you've encountered a faux pas or two along the way.

At times, dishes or ingredients can sound vegan, but in fact they actually contain animal products such as eggs, dairy and honey.

To help you navigate your way through the different foods in Hong Kong, here is a list of common foods that have hidden, animal-based ingredients.

These noodles whether prepared fresh or pre-packaged are typically made with wheat flour and eggs. It is best to check with the restaurant to see if the noodles were made with eggs.

Whether cooking at home or dining out, consider having other Asian noodles such as vermicelli, flat rice noodles, or soba, if these choices are available.

Foodies will generally agree that the Chinese doughnut, also called cruller or you tiao, best complements a bowl of congee. 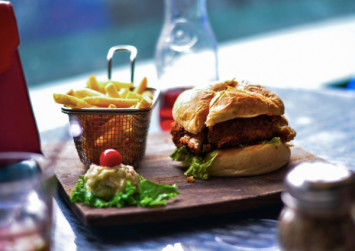 You would assume this classic breakfast item does not have any animal products as it is just a deep-fried doughnut stick made with flour and water.

In reality though, eggs are used as part of dough to give the doughnut its golden colour and its moist yet crunchy and crispy texture.

Unlike the Chinese you tiao, spring roll wrappers are generally egg-free.

One might assume that vegetarian egg rolls would be suitable for vegans because the wrappers are made with wheat flour, water, oil and salt for taste.

When you enjoy these at an eatery, however, the vegetarian version may still not be vegan-friendly because egg whites could be used to bind the roll to keep the wrapping and its fillings together.

If you are craving these crunchy spring rolls, you should verify with the server if eggs were used during its preparation.

A vegan-friendly alternative is to opt for spring rolls made with rice paper filled with leafy green vegetables.

A popular food that you can find across different Asian cuisines is the hot and sour soup. This soup is known for its spiciness and sourness. Its versatility also allows for meat or meat-free versions.

The Chinese vegetarian version of this classic soup includes vegetable broth, black fungus, bamboo shoots and tofu, so one would assume that it is also vegan-friendly.

However, most Chinese hot and sour soups call for an egg to top off the dish giving the white swirls which you typically see. If you were eating out or making this at home, you could opt for skipping the egg.

Miso on its own, is a vegan food. Miso soup, on the other hand, may not be vegan, depending on the type of broth used to mix the miso to make the soup. 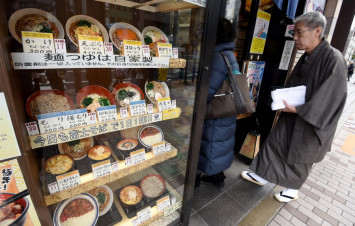 When eating out, you may wish to check with the eatery to verify the type of broth used to make the soup, especially if you were to eat at a restaurant that also serves animal products.

It may be a challenge to find an alternative when you are eating out, but if you were to enjoy this at home, you could search for an anchovy-free version at the supermarket, or make your own by using soy sauce, tamarind, apple cider vinegar, molasses and a variety of spices, such as garlic, onion and cloves.

While soft jelly sweets (also called gummies) - such as jelly babies and gummy bears - and marshmallows are not originally from Asia, there are numerous versions of this kind confectionery sold in shops that cater to Asian palettes.

By their appearance, chewable jelly sweets and marshmallows may seem vegan-friendly, but gelatin, an animal-derived ingredient, which includes animal bones and connective tissues, is often used to give these confectionery their chewiness.

For vegan-friendly jelly sweets, look for those that use pectin and/or starch instead.