The case against shark's fin soup 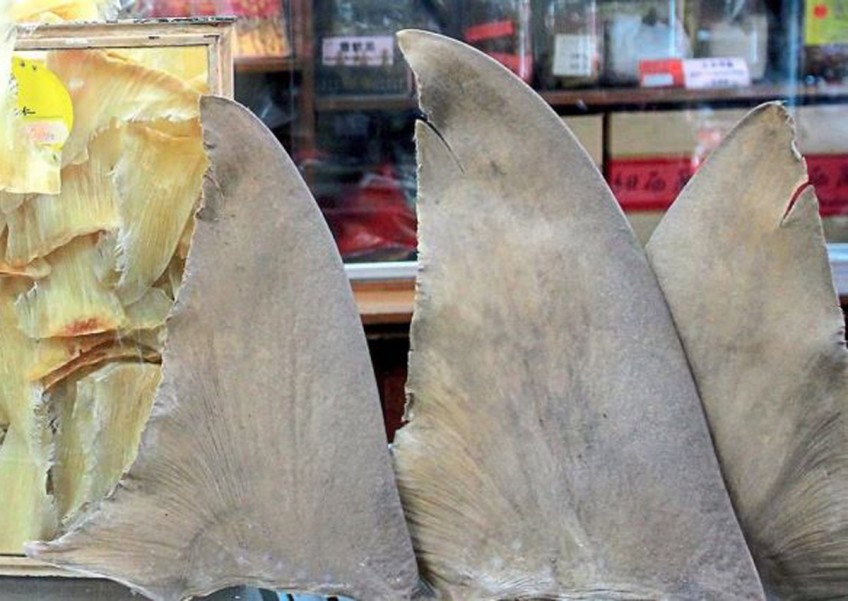 MANILA - I admit it, I used to enjoy shark fin soup. Not anymore.

Reasons why we should say no to shark fin soup:

Second, shark fins have no taste.

They get their taste from the other ingredients.

In fact, they contain high levels of mercury (made more concentrated by the treating and drying process), plus hydrogen peroxide, which is used to make the colour more appealing.

Fifth, many shark species are on the brink of extinction.

Sixth, humans do not need shark fin soup to live but sharks need their fins to survive.

Finally, shark fins are harvested through a barbaric process known as shark finning.

How are shark fins gathered?

Second, the fins are removed while the sharks are still alive.

And because sharks have as many as six big and small fins, they agonise six times over.

Third, they are dumped back into the ocean and are left to die an excruciating death.

Without their fins, they cannot swim properly, they cannot catch prey for food, they cannot defend themselves, and they cannot get oxygen, as water needs to be forced through their gills as they swim.

Why are sharks dumped back into the ocean after finning?

In many countries, including China and Hong Kong, the consumption of shark fins has declined after government interference, like banning the dish in state banquets.

However, since there is no law (yet) banning shark fin soup/dishes in the Philippines, some people still have the appetite to order them because of one or all of the following reasons:

In the Philippines, many big, multinational hotels like Shangri-La and Peninsula have stopped serving shark fin soup since 2011 because they understand the bigger picture.

Their business continued to be brisk without shark fin soup.

Others, unfortunately, are still serving them because of one or all of the reasons below:

Now that you have read up to this point, I have three requests.

If there is no demand, then hopefully the cruel practice will stop.

When restaurants know we are vigilant, they will likely stop serving shark fin soup.