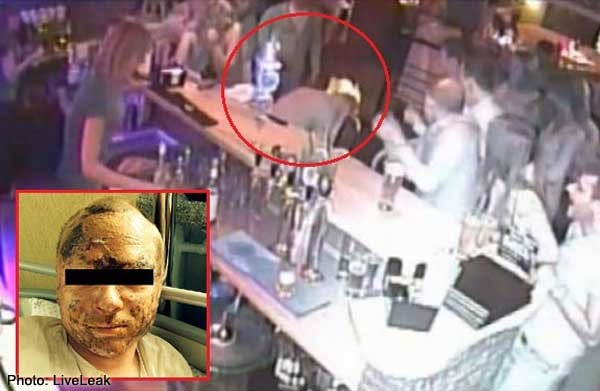 A bartender in Lithuania was making a cocktail called "Flaming Lamborghini" - but instead of the drink, she set a patron's face on fire.

This footage on LiveLeak shows the dangers of drinking a dangerous cocktail of flames and liquor, with a customer suffering severe facial burns. The incident happened on July 11, according to online reports.

The bartender accidentally sets the man on fire at 0:35. Some of the customers near the man helped put out the flames, and the bartender is seen handing the man a towel.

According to the video description, none of the staff was able to provide any immediate assistance (medical or otherwise) after the incident.

A photo that is said to be of the patron in hospital shows him with serious burns to his face.