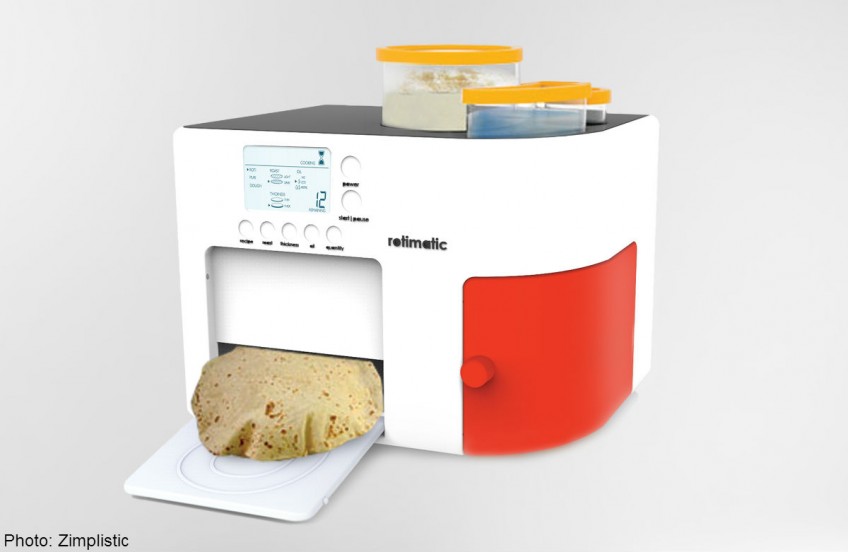 Talk about rolling in the dough.

That is what the Singapore-based developers of a chappati-making machine are doing, as customers here and in the United States have snapped up the Rotimatic by the thousand after just a week of it being available for pre-order in these two countries.

The tills rang to the tune of US$5 million (S$6.2 million) in that short time. The start-up, Zimplistic, did not reveal the number of its flagship Rotimatic machines it has managed to sell, but at US$599 a pop during the pre-order period, it works out to at least 8,300 units.

Zimplistic claims that the fully automatic Rotimatic is the first of its kind and meant for anyone who enjoys the popular Indian staple. The compact machine can churn out up to 20 pieces of the tortilla-like flat bread each time.

Those who have pre-ordered the gadget will receive it only early next year. When the machine hits shop shelves some time late next year, its fixed retail price will be US$999.

Zimplistic, which also has an office in California, was co-founded by husband-and-wife team Rishi Israni and Pranoti Nagarkar.