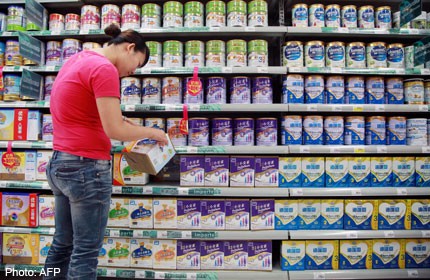 BEIJING - China said it will enhance monitoring of milk powder producers following a contamination scare at New Zealand's Fonterra and "severely" punish any companies found to have quality or safety problems.

The China Food and Drug Administration called on firms to improve their management and local supervisory bodies to fully implement rules governing the sector.

"A lack of responsibility, unclear policies and lax supervision led to recent safety issues over infant milk formula, and it is necessary to improve the quality and safety of milk powder to regain consumer confidence," the agency said in a statement on its website.

It was unclear if the agency was referring to Fonterra, milk powder makers in general or local regulators.

Public trust was damaged by a 2008 scandal in China in which six infants died and thousands became ill after drinking milk tainted with the toxic industrial compound melamine.

Fonterra, the world's biggest dairy exporter, has recalled some batches of milk formula in China and elsewhere after the New Zealand co-operative said it had discovered whey protein products that contained a harmful bacteria.

The company's chief executive, Theo Spierings, flew to China at the weekend to apologise for the scare.

To help its monitoring, the Food and Drug Administration would set up a team of specialists to work with local supervisory bodies to make sure they met their responsibilities and eliminated risks at the earliest stages, the statement said.

A key task was to promote a better understanding of the need for quality and safety in milk powder production, it added.

Milk powder producers have come under scrutiny in China in recent weeks for pricing as well as health issues.

China's infant formula market is set to grow to US$25 billion by 2017 from US$12.4 billion in 2012, according to data from Euromonitor. Foreign brands account for about half of total sales and can sell for more than double the price of local formula.