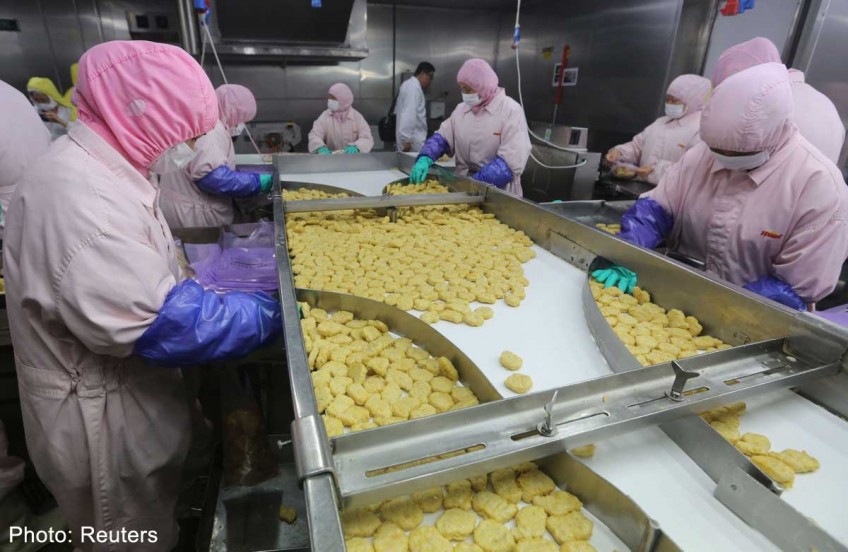 A Shanghai television channel, which reported the original allegations, said that workers at the plant mixed expired meat with the fresh product and deliberately misled quality inspectors from McDonald's.

City officials closed the Shanghai Husi Food Co. factory on Sunday and seized products which allegedly used the expired meat, the Shanghai food and drug administration said in a statement.

Police were investigating, it said, threatening "severe punishment" in future.

Television footage showed workers in white suits picking up meat and hamburger patties from the floor before putting them back into processing machinery, and one employee handling out-of-date beef and calling it "stinky meat".

McDonald's said in a statement it had "immediately" stopped using the factory's products while restaurant operator Yum separately said its KFC and Pizza Hut establishments had also halted use of its meat.

KFC has faced food safety issues in China before, when authorities found excessive levels of antibiotics in chicken it sourced from local suppliers in 2012.

Furniture maker Ikea, which had been named by Chinese media as serving the factory's meat at in-store restaurants, said it stopped using the company's products last year, and sandwich maker Subway also denied it uses meat from the firm.

China has been rocked by a series of food and product safety problems, due to lax enforcement of regulations and corner-cutting by producers.

One of the worst occurred in 2008 when the industrial chemical melamine was found to have been illegally added to dairy products, killing at least six babies and making 300,000 people ill.

US retail giant Walmart said early this year that it would tighten inspections of its suppliers in China after it was forced to recall donkey meat products that had been found to contain fox.