Diners in China developing a taste for table-for-one trend

A growing number of people are eating alone, whether at home or in restaurants, and overturning traditional etiquette. Zhang Yangfei reports.

In China, food has always played a major role in promoting social cohesion. Communal eating is not only familybased and deeply rooted in the nation's cultural heritage, but is also regarded as an indicator of society's health and stability.

Given that background, it is little wonder that eating alone, publicly or privately, has long been considered taboo.

However, in recent years things have started to change as a result of demographic shifts and the growing influence of modern lifestyles. 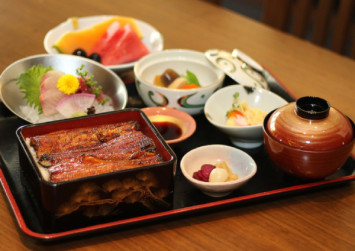 According to a report released last year by the global market researcher Kantar, 46 per cent of people interviewed said they had eaten alone in the previous 24 hours, a rise of 9 per cent from 2017, and about 16 per cent expressed a preference for eating solo.

In 2017, WithEating Magazine, a Chinese foodie journal, started its Eating Alone channel on Bilibili, a popular video-sharing website. To date, the channel, which has 52 episodes explaining how to prepare meals for one, has attracted more than 200 million hits.

In February, the magazine published a book of the same name, listing 65 recipes for dishes ranging from desserts to foreign cuisine, such as roasted ribs, the Korean favourite bibimbap and seafood curry.

To many people's surprise, it became a best-seller. "We didn't expect the book to sell so well. We didn't print enough copies initially," the magazine said on its Weibo account last month.

While eating alone is hardly a novel experience in many parts of the world, it can be a challenge in China.

"Chinese culture is family-based. Everyone wants to have a group of people eating together, so eating is more of a collective behaviour. People either eat with family members at home or with colleagues and clients at work," said Cai Yani, who has directed a series of short videos about solo dining.

Eating together is considered crucial for family bonding. On a typical Chinese dining table, one rarely finds dishes for individuals; instead, there is usually a range of dishes－meat, fish, vegetables and soup－for everyone to share.

Restaurants usually boast round tables with a rotatable surface, known as a "lazy Susan" in the West, to make sharing easier.

The move away from the traditional sharing approach is largely due to a demographic shift in the country, especially a sharp rise in the number of unmarried people. Statistics from the Ministry of Civil Affairs show that more than 200 million people were living on their own in 2017.

Moreover, China's economic development in the past three decades has prompted a huge rise in urbanization, which has seen large numbers of unattached young people from rural areas move to large cities in search of work. Their work-dominated lifestyles mean few have friends to share meals with.

To feed this massive market, catering companies have started providing more options tailored to single customers. Meituan-Dianping, a popular food delivery company, told the Financial Times that 65 per cent of its orders come from unmarried customers.

On food delivery platforms, many restaurants offer meal deals specifically for singletons. Pizza Hut provides 15-centimeter, one-person bases, while stir-fry restaurants offer reduced portions or meal deals consisting of just one or two dishes and a bowl of rice, compared with traditional meals that must contain at least three main dishes plus a soup.

In Shanghai, Mi Jia Kao Cai Fan, a restaurant that serves a traditional local cuisine－rice with salted pork and greens, the Cai Fan in the name－has gained a good reputation for its traditional flavors and its striking interior design.

Instead of rows of tables that can seat four or more people, the restaurant has just one long table divided into individual booths by boards. When seated, diners face a small curtain-covered window, where the food is served anonymously. Each booth contains coat hangers and charging sockets.

"I wanted to let our customers know that a single person also needs to eat well, so I designed things this way to make them feel less ashamed about eating alone. One person can eat out and enjoy it," said Li Le, the owner.

Many diners have left supportive comments about the eatery on Dazhong Dianping, an online restaurant review platform. "With one person, one booth, eating alone is no longer embarrassing. A bowl of fragrant rice with a bowl of refreshing mung bean soup provides a very comfortable dinner here," commented a customer called Kobayashi1214.

Li's restaurant isn't the only one to feature "isolated dining". Eateries boasting the concept, which originated in Japan, have sprung up in many cities including Shanghai, Xi'an, capital of Shaanxi province, and Shenzhen and Guangzhou, both in Guangdong province.

Kong Yanling is a big fan of singles-friendly restaurants. The 25-year-old unattached Xi'an resident remembers passing a Korean-style chicken restaurant a few years ago and deciding to drop in.

However, the waitress at the door told her the restaurant only served large, shared platters. Kong took the hint and left.

She has also found herself dining with strangers involuntarily when waiters have asked if she minded other people sharing her table.

"I don't mind eating alone, but sometimes things like that really bugged me. I am very happy to see more singles-friendly restaurants appearing so there is more choice when eating out," she said.

For many solo diners, the most trying times are Chinese festivals and other notable dates.

Late last year, Pu Kunhong decided to conduct a test. On New Year's Eve, the 21-year-old visited a well-known hotpot chain on his own to see how people would react.

Inside the packed restaurant, diners sat around tables, dropping meat, fish balls and vegetables into boiling cauldrons and chatting happily amid the rising steam.

Pu sat opposite a large stuffed teddy bear－placed at his table by the management to act as a companion－and quietly added slices of raw beef to the broth bubbling in his cauldron.

Providing large stuffed toys as companions is just one way the restaurant attempts to put solo diners at ease and reduce the stigma of eating out alone.

"The stuffed bear brought a sense of warmth and security, and I didn't feel embarrassed eating on my own," Pu said.

The resident of Chengdu, Sichuan province, is a popular vlogger, and his reviews of digital appliances have won him more than 124,000 fans on social media.

He had never eaten hotpot alone before. However, he happened to be in Beijing on business and when he heard the restaurant offered stuffed toys as companions for solo diners he decided to visit and produce a vlog so his fans would know how it felt.

Knowing that a large number of unattached people often spend festivals alone, Pu hoped his vlog would help them enjoy their solitude.

Even though he was the only solo diner in the restaurant, Pu said he didn't feel at all awkward eating with a toy companion. The vlog showed him eating casually, occasionally scrolling through his phone, and having a video chat with his family. The restaurant was full of diners, but no one gave him a second glance.

"Overall, it was very enjoyable; the only thing was that I can't eat too much so I only ordered a small amount of food," he said.

However, Pu was not the first person to break the communal hotpot taboo. On Weibo, there are more than 250 hashtags about eating hotpot solo.

The topic "Hotpot can be eaten by one person" has attracted about 56 million hits and more than 17,000 posts.

Cai Yani started dining alone in 2012, just after she quit her job as a magazine editor. During her period without work, she ate alone, but she discovered that many restaurants, especially those serving stir-fry, were reluctant to receive solo diners.

In response, Cai started filming her Solo Dining series. Each episode lasts about three minutes and features one meal made by one person. The short series has attracted millions of views on Youku, a video-sharing platform in China, and its social media account has more than 1 million followers.

She believes the growing popularity of her films, as well as many other videos and publications dedicated to eating alone, is not only due to the rising number of singletons in China, but also the growing stress of living in big cities that pushes people to seek comfort in food.

"As a result of China's economic development, urban people are more stressed and anxious, so they want to be consoled. Food is a very good way to console oneself and feel pleasure. When you are in a bad mood, you can quickly get a satisfying feeling by eating," she said.

"It is on this basis that eating alone can relax one's mind. When you eat, you can focus on the eating process itself and you don't have to think about other things. This is the best kind of rest."

She said she has noticed that more young people are willing to step into the kitchen and start cooking for themselves, despite the emergence of a wider range of eating options outside.

"The solo dining concept is not about 'I'm single and I eat alone', but more about people beginning to pay attention to how to eat well, healthily and safely. This is not a trend about being single or eating alone, but of paying attention to one's diet and starting to pursue an individualistic lifestyle," she said.