Do you dare to try these weird mooncakes? 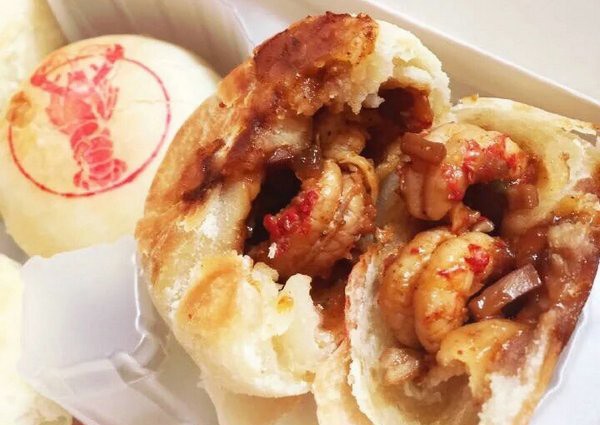 As Mid-Autumn Festival approaches, it's time to eat mooncakes again.

Nowadays, the mooncake has evolved with so many various flavours.

If you want to try something other than traditional mooncakes, try these innovative and odd mooncakes, which offer unexpected tastes and aromas.

Let's take a look at the 14 weirdest mooncakes.

This year, Shanghai First Foodmall adds a new menu to its mooncake products, the pickle and bullfrog mooncake.

When you split apart a mooncake, you'll see a large piece of bullfrog with pickled Chinese cabbage, as each mooncake contains a complete bullfrog leg in its filling.

The bones have been removed in advance for your convenience.

Considering people may indulge in karaoke to celebrate the festival, a special mooncake called Jinsangzi, after a medical brand to cure swollen sore throats, has been developed to cool and comfort your throat while eating mooncakes.

As a new creation in 2016, the crawfish mooncake has drawn a lot of attention on the internet. Often there are four crawfish, abalone mushrooms and vegetables in one cake.

This weird innovation first appeared in 2014 to preserve mooncakes. Here's the recipe: Put mooncakes in a jar with 3/4 part liquor and 1/4 part vinegar, and then put some slices of ginger on top.

Ten years ago, a girl said to a boy, "It's impossible for us to be together like chocolate will never be with beef." Today, it seems that everything is possible.

The sourness of the mooncake filling is from pickled vegetables and hawthorns.

The spiciness comes from a type of chilli sauce that tastes like the famous brand Lao Gan Ma.

This is a variant of a kind of pastry made with fermented bean curd popular in Chaoshan, Guangdong province.

The pastry is usually used as a sacrificial offering by local people on the first day and the middle day of each month.

7. Mooncake with fillings of cream, truffle and foie gras

The "Louis Vuttion" of mooncakes is made with expensive ingredients of truffle and foie gras. This luxurious mooncake definitely deserves a bite.

Scrambled egg is a popular filling for Chinese dumpling. But for the first time, scrambled egg is being used for the traditional Mid-Autumn day dessert.

It's four to six times larger than traditional mooncakes, and implies best wishes of "perfect in every respect".

Braised pork with preserved vegetable in soya sauce, or "meicai kourou" is a famous Chinese dish.

The one who made this special filling for mooncake must be a super fan of the  dish.

This mooncake is made by putting bamboo charcoal powder into the mooncake while baking.

It's said to have the function of absorbing toxins inside our bodies.

Putting instant noodles into the traditional mooncake will surely give you a special experience.

The mooncakes are also marked with Chinese characters, "Diao Si", which means "underprivileged losers" in a self-mocking way.

The canteen of Civil Aviation University of China had put forward a dish which fried mooncake pieces stuffed with sweet bean paste and tomatoes before decorating them with caraway.

The dish became a hit on the Internet and is called the weirdest mooncake.