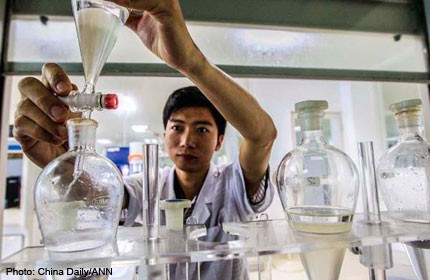 CHINA - Illegal additives, poor hygiene and unsafe materials in the manufacturing process were the major concerns of the public in 2012, while private and multinational companies were the major sources of the worry, a new report says.

The report on Chinese public opinion and crisis management studied 1,593 of the 5,000 major "public opinion events" last year in an effort to find the characteristics and trends of the events, government agencies' response to them, and public feedback.

"The country has been facing various crises of public opinion. At the same time, the emergence of new-media tools has been pushing public opinion more frequently than before, especially those concerning food safety, education and healthcare," said Xie Yungeng, an expert on public opinion and new media at Shanghai Jiao Tong University.

Private companies were most often mentioned in food safety scandals in 2012, accounting for 53.2 per cent of the total compared with 43.1 per cent in 2011, followed by multinational companies, accounting for 17.4 per cent.

In February 2012, frozen dumpling producer Zhengzhou Sinian Food Co in Henan province suffered a loss of public confidence after a customer found an adhesive bandage inside a glutinous rice dumpling.

In April, preserved fruits sold by several big-brand stores, including snack chains Laiyifen and Baiweilin, were found to be processed in unsanitary factories and had excessive additives. All are private companies.

In December, the Shanghai Food Safety Office said excessive amounts of antibiotics were found in eight batches of raw chicken samples taken from a KFC supplier from 2010 to 2011, triggering public outrage.

China's food industry suffered a crisis of confidence in 2008, when milk powder produced by a company in Hebei province was found illegally laced with melamine. The chemical additive led to the deaths of six children and sickened 300,000 others.

Even so, recurring scandals in the food industry in recent years suggest that lessons were not learned from the 2008 scandal.

Earlier this month, New Zealand diary giant Fonterra said clostridium botulinum, a kind of toxin, was found in its whey protein, which other companies buy to produce baby formula and sports drinks.

After that, Chinese producers who used contaminated materials from New Zealand began to recall products, the latest blow to Chinese consumers' confidence in milk powder products.