Frozen yogurt chain llaollao Singapore, which has been popular among its fans for its creative froyo desserts and wide variety of toppings, will be ceasing operations islandwide today (Dec 7).

According to Channel NewsAsia, master franchisee D+1 Holding will be replacing llaollao with another European froyo brand called Yole (pronounced as yo-lay).

The company did not reveal why it will not be continuing the franchise here with llaollao Spain, reported Channel NewsAsia.

According to the report, all 29 llaollao outlets will be converted to Yole by Saturday (Dec 9).

Originating from Spain, llaollao opened in Singapore four years ago to much fanfare. Their photogenic dessert creations were a hit and very soon, long lines started forming at its outlets across the island. It also opened the world's largest outlet at Suntec City in August 2015.

Prices for a cup of froyo from Yole range from $4.90 for a small cup with one topping to $6.90 for a large cup with three toppings. Yole also has parfaits called Ibiza, as well as smoothies.

The closure of a popular F&B brand and replacing it with another is not uncommon.

In May, popular Taiwanese bubble tea chain Gong Cha announced that it will be replacing all its outlets with another bubble tea brand, LiHo. 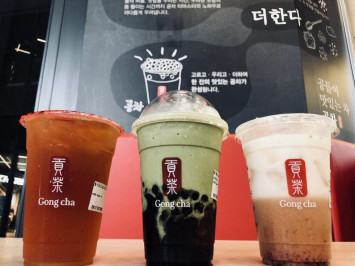 Many were disappointed but Gong Cha was brought back by a new master franchisee this month and opened its first flagship outlet at Singpost Centre. Fans were even seen queuing up for the opening.

News of llaollao's closure comes only a day before it closes its outlets. There are no updates or announcements on its official Facebook page too. Of course, some fans are disappointed and have taken to Instagram to express their woes.

Whether llaoollao will do a replace-exit-return like Gong Cha remains to be seen. For fans who want a final taste of the froyo, you only have today to do so.