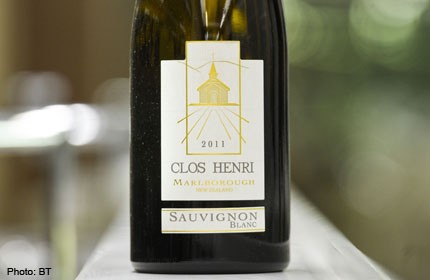 Each of these geographically distinct countries from three continents offers a dynamic take on wine varieties and terroir. The New World has been trading techniques with the Old World for the past few decades (and vice versa), and results have been nothing short of groundbreaking.

In the following collection of shortlisted wines, we find one of Napa Valley's original "first-growth" labels alongside maverick winemakers from New Zealand and Argentina. Some of them have vines less than 20 years old, while others are working with vineyards and techniques that have been adapted to the New World for two centuries. One of the judges on the panel, Timothy Goh, singles out Napa Valley for praise. "California Cabernets were impressive for their lushness as always but the acidity and freshness are coming through more than ever, and it seems there is a lot more balance in their wines," he remarks. This is sweet news for Flora Loh, managing director of Top Wines, the distributors of Stag's Leap here since 2010. She says she is "confident" of the Cabernet's chances as it has been selling well.

Christine Wee from Monopole distributors sees the Singaporean market becoming more conscious of wine quality and prices. That's one reason why Monopole focuses on "reputed family-owned wineries, which means that extreme care and dedication has been invested, from growing the grapes, vinification to bottling," she elaborates. Indeed, this week's list is dominated by five family wineries. The only rule about dining and wining in Singapore is that there are no rules: drink widely and keep an open mind as to which tipple suits different occasion. The New World's modern, well-crafted selection only goes to show that every wine has its place in the conversation.

Does more life in the soil translate to more taste in the bottle? Proponents of biodynamic farming are growing, and critics and drinkers are taking notice, thanks to striking results from both Old World and New World vineyards.

The entire portfolio of the young-ish Benziger Family winery is certified sustainable, organic or Demeter Biodynamic. This Signaterra 2010 from its Bella Luna Vineyard marks the year that the vineyard transitioned to full Demeter Biodynamic status, and as such, you can be sure that you're drinking from clean, active soils. With no chemical and artificial controls, the estate is home to native birds and owls, with additional bugs, cows, sheep and chicken that keep nature and pests in balance.

The grapes that produce this lush, confident Pinot Noir is grown on the picturesque slopes of the Russian River valley in Sonoma, with even cooler temperatures and lower than normal precipitation in 2010. The acidity is well developed and co-mingles with soft, chalky tannins, made more complex from native yeast fermentation. Though risky to depend entirely on temperamental native yeasts to complete the delicate fermentation process, when done well, it results in a mouthfeel that is purer, silkier and fuller. Production is limited at just 629 cases.

California isn't just famous for its wines - and Silverado Vineyards bears testimony to a famous entertainment empire as well as award-winning wines. It was established by Diane Disney Miller, her mother Lilian Disney, and husband Ron Miller. Ron also worked for The Walt Disney Companies, until he left his post as CEO in 1984.

The Millers bought their first parcels of vines in the 1970s and sold the grapes, but soon realised the potential of the Stag's Leap district. In 1981, they completed a Californian Mission-style stone winery and began producing their own wines. Silverado was so named for the abandoned mining town at the top of Napa Valley, perhaps as a way of continuing the dream of past prospectors. The Estate Cabernet Sauvignon is the Millers' version of a "classic" Napa Cabernet, one that displays finesse of blackberries and currants with a minty, cool quality. To do that, they balance the velvety textured cherries of grapes from their Stag's Leap Vineyard, with the big-bodied black berry fruit of their Mt George Vineyard. You might call them consistent; in over 40 years, they've only had two lead winemakers. Of their six historic vineyards, all are farmed organically, with 50 per cent preserved in the Land Trust for open space and agriculture use. It's all part of dealing with a famous birthright, and ensuring continuity across the generations.

In 1976, Stag's Leap Wine Cellars created history at the Judgment of Paris, a blind tasting of first-growth Bordeaux and Californian wines. Its 1973 S.L.V. Cabernet Sauvignon, the first vintage produced from three-year-old vines, topped the list ahead of, unbelievably, Chateau Mouton-Rothschild 1970 and Chateau Haut-Brion 1970.

The mid-level Artemis range was first produced in 2003, named after the Greek goddess of the hunt, often featured with a stag by her side. The approachable blend comprises some estate fruit forming the backbone, with purchased grapes from other Napa vineyards. For connoisseurs of the label, there is a noticeable Antinori influence in the wines after 2009; in 2007, the winery was bought by a partnership of Ste. Michelle Wine Estates and Marchesi Antinori.

Tasting notes: Charming notes of black cherry and clove precede a deep, palate-staining cabernet. Fine grained tannins frame the smooth texture and vibrant fruit, with an elegant finish. If you can wait, let the wine mature up to 2020.

The label gives away the game: Clos Henri is part of the Domaine Henri Bourgeois estate, one of the biggest in the Sancerre and Pouilly-Fume regions of the Loire Valley. In 2001, they brought their 10-generation expertise in Sauvignon Blanc halfway around the world to 100 hectares of former sheep farmland in the fertile Marlborough region of New Zealand.

Critic Jay McInerney sums it up best when he says: "Sauvignon Blanc grown in cool, sunny Malborough tastes like nothing else - certainly not like the lean, stony, lemony Sauvignons from Sancerre and Pouilly-Fume. These Malborough Sauvignons are fruit cocktails suggestive of lime, mango, grapefruit (and) gooseberries."

Clos Henri's soils were in fact a little too fertile, so legumes were first planted to adjust the nutrient deficiencies that the vines would need prior to planting. The Borgeois family has been advancing carefully, planting just 6 hectares of Sauvignon and Pinot Noir a year in order to understand their new terroir. Both varietals are ideally suited to the sunny, dry weather that gives grapes the advantage of a long, slow ripening season, intensifying flavour. You'll find the French spirit well and thriving at the estate, especially so during their meticulous Bastille Day annual celebrations.

Tasting notes: Almost straw-yellow in colour, with layered aromas of ripe gooseberry and passionfruit. Being aged on lees for 10 months ensures roundness and length. Clean and refreshing, this wine will open in the glass and pair well with foods.

Black is back, and we have Argentina to thank for it. More specifically, we look to Bodegas Catena Zapata, one of Mendoza's continually pioneering wineries that has put high-altitude, luxury Malbec on the map.

The famed "black wine" of Cahors, France, Malbec found its way to the eastern foothills of the Andes mountain range sometime in the 19th century. There it has thrived ever since. Catena's first Malbec vineyard was planted in 1902, and the business grew. However, Catena only reached new heights under the visionary grandson of the founder, Nicolas Catena Zapata, Decanter World Wine Awards 2009's Man of the Year. He is credited with pushing the limits of vine cultivation while introducing modern winemaking techniques such as using smaller French oak barrels.

Their Catena Malbec is a curious combination of 100 per cent Malbec from four different vineyards, rather than from one single plot. The strong varietal identity of this pleasing, modern-style Malbec is thus delineated: ripe plum from the Angelica vineyard (3018 ft), dark fruit and spicy pepper from the La Piramide vineyard (3117 ft), black cherry and tight structure from La Consulta vineyard (3593 ft) and full, floral aromatics from the Adrianna vineyard (4757 ft).

Winemaking is a passion, but it is also an expensive industry for those who want to do it well. Craggy Range is the vision of American-born, Australia-based businessman Terry Peabody to create a legacy family winery. In 2011, Forbes estimated that Mr Peabody and wife Mary have spent close to US$75 million developing the winery operations. His wealth was once valued at US$1.05 billion in the Forbes 2008 Australia's Richest list, before the global financial crisis hit and he retired from his waste-management company in 2010.

Craggy Range was established in 1997 in partnership with New Zealand viticulturist Steve Smith MW, with the two pioneers making their mark through the single vineyard philosophy of winemaking, adopting important practices of terroir to New Zealand. Underlining this emphasis, they named the winery's French restaurant Terroir, which is managed by Mary.

After establishing 100 hectares in the Gimblett Gravels Vineyard in Hawke's Bay, they turned their attention to Martinborough at the southern end of North Island. The driest and warmest part of the Wairarapa region, Martinborough's weather is not unlike cool climate regions of Burgundy and Malborough. Thus, eight different types of Pinot Noir vines were planted in the old stony terrace soils between 1999 and 2001, and the rest, as they say, is history, with consistent 90+ scores in each vintage.

Tasting Notes: Deep red in colour, with aromas of black cherry and touch of cedar from French oak. Mushroom, soy and dried herb flavours provide complexity, with a long and lithe finish.