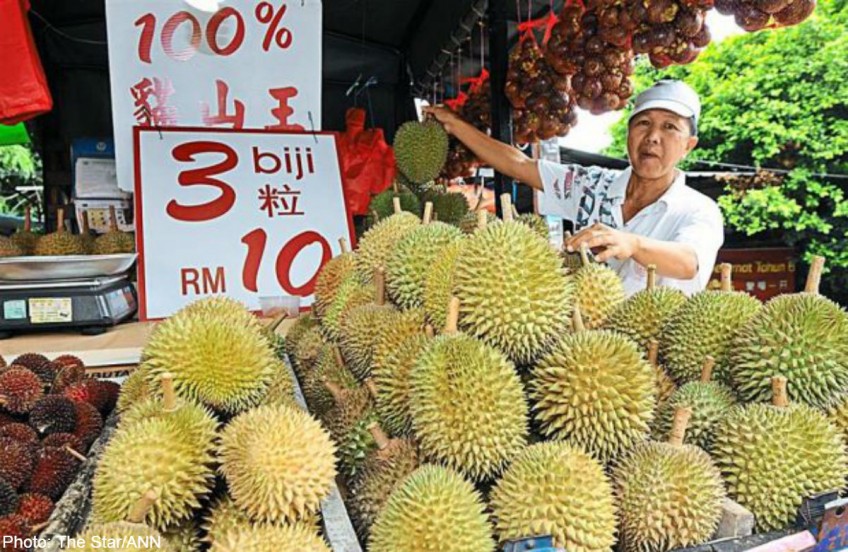 JOHOR BARU - Fussy customers and fierce competition have seen the prices of durian drop by as much as 30 per cent this season.

"Many of them want to pay less but they expect good quality durians. There are also those who spend a long time looking and choosing the durians but end up not buying any.

"We always have customers like that but I feel that they are choosier this year. Maybe they want to stretch their money due to the rising costs of living," he said yesterday.

Chua said the prices of durians were about 30 per cent cheaper than previously because the market was also getting more competitive due to an increase in the number of traders.

"It is a dilemma for us because we cannot hike up the price even if the supply is low," he said.

Another trader Lim Teck Ching said although many customers sought after the musang king, which cost between RM25 (S$10) and RM28 (S$11), they preferred to buy kampung durians at RM10 (S$4) for three fruits instead.