Game for rattlesnake sausage? Try weird and wonderful foods around the world 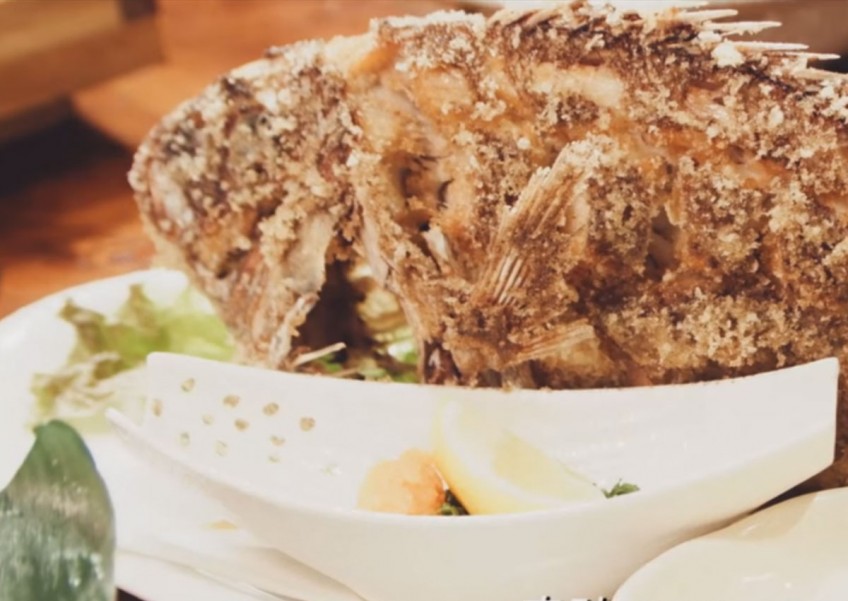 From rattlesnake sausage in Los Angeles to pig's ear salad in Lisbon, intrepid travellers with adventurous taste buds may be interested in a list of "weird and wonderful" foods served around the world, compiled by city guide Time Out.

At Wurstkuche in the City of Angels, you've got your classics, like hot Italian sausage and Bratwurst. But for US$8.50(S$11), you can also get a buttery and mildly spicy hot dog made with rattlesnake and rabbit meat, topped with jalapeno peppers. Also on the menu, a "juicy and savory" pheasant dog with herbes de provence.

Fishing for dinner in Tokyo

At Zauo, diners have to work for their meal by fishing for their dinner. Aboard a makeshift boat set in the middle of the restaurant, diners throw their rod into a tank full of fish and hope to for a bite. Your catch can be prepared as sushi, sashimi, grilled, boiled, deep-fried.

At Le Festin Nu in Paris, diners tuck into spoonfuls of locusts and mealworms as per the urging of the United Nations, which has been trying to promote insects as a protein-rich alternative to meat over the last few years. Though foreign to Western diets, insects are popular low-fat, high-protein food sources in Asia and Africa. As for the taste? Think crispy, salty, grilled croissants, with hints of peanut.

At Pigmeu, the nose-to-tail menu makes use of the entire animal, from top to bottom, and tip to tip. That means trotters prepared with coriander, salad made with pig's ears, and tails cooked in sweet and sour sauce.

When Darren Wong imported this Japanese dessert to New York last year, it went viral for its wow factor. The transparent, jelly-like orb is made with water that's been solidified with the vegetable gelatine agar, served with a brown sugar syrup and kinako, or roasted soy flour. It was also one of the most popular desserts on Instagram last year.