This Japanese 'big eater' has actually been defeated before 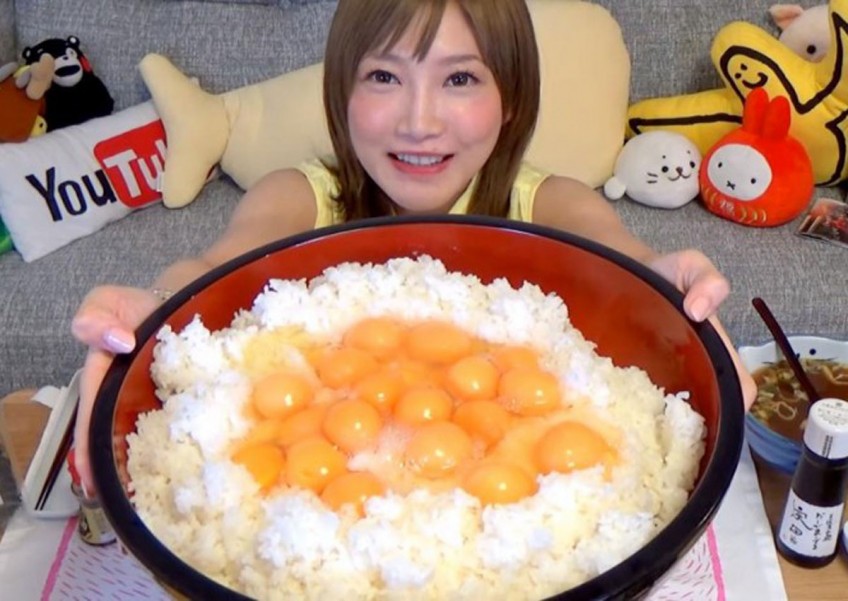 Most of us can probably eat a whole bowl of instant noodles by ourselves.

Some can even chow down on two (or three) packets in a single sitting.

But can you eat 10 packets with all the fixings?

Yuka Kinoshita, a Japanese YouTube star, did just that in November 2016. Kinoshita, 31, is an oogui or "big eater", who is an ordinary person with the extraordinary ability to eat a lot of food.

She started out as a "professional eating competitor", taking part in eating competitions in Japan before starting her YouTube channel ("Yuka Kinoshita").

On her channel are several playlists though her main one is a daily vlog featuring her eating huge amounts of food.

She also does "mukbang" or live eating sessions every Sunday and periodically uploads videos of her promoting random products (many of which are associated with food) or trying new items from convenience stores.

Currently, Kinoshita has more than 2.5 million subscribers to her main channel and thanks to a dedicated team of translators, her videos are fast becoming popular in the Western world too.

It's not hard to see why, though.

They range between five and eight minutes each and are quite uniform in terms of style and sequence.

It does not seem like there is a script for her - she often makes mistakes but does not edit them out, which is probably what makes her all the more endearing to viewers.

And although she is "kawaii", she doesn't force it and remains quite natural in her speech and actions.

Kinoshita starts out with a cheery greeting and talks about what she will be eating that day, including how much the food weighs and its calorie count.

If it's not something store-bought, she will give a quick tutorial of how to prepare the food.

You know, just in case you want to do the same thing yourself at home to feed 10 people.

Kinoshita is always excited to eat her food and is game to try lots of things.

She sometimes receives gifts of food items from her fans and if she thinks there are enough, she will do a video of her eating them.

Now before you accuse her of tricking her viewers or having some sort of eating disorder, Kinoshita has done several videos and appeared on a few Japanese TV shows that reveal how she is able to consume so much - she has a big stomach.

Yes, it really does boil down to that.

Apparently, a doctor featured in one of the TV shows confirmed that Kinoshita's stomach simply has the ability to keep on expanding. Amazing!

She also posted a video of her medical checkup results in July 20016; FYI she is only "40-something kg", is 159cm tall and received a clean bill of health from her doctors.

She attributes her good health to her "stress-free" lifestyle and positive attitude.

Though she is a champion eater, there have been times when Kinoshita was forced to throw in the towel.

Kinoshita and her oogui squad - Moe Azu and Angela - were featured in a Japanese TV show that required them to eat specialty dishes from the many different districts and prefectures in Japan.

In Gifu district, the oogui ladies were tasked with finishing a "monster ramen" that weighed a whopping 20kg (and 30,000 calories)!

All three of them were sure that one person would not be able to finish the 20kg ramen so they decided to share the bowl.

In previous videos and interviews, Kinoshita revealed that the maximum she can eat is 6kg of food in a single sitting, though she has gone over that weight once or twice.