The Chocolatory has also stopped by Malaysia, Australia and Japan, where it was a hit for its range of chocolate-covered treats with a local twist.

Adventurous chocoholics will get a chance to "Have a Break" with special-edition KitKats in the flavor of durian, date fruits and mie goreng (instant noodles), to just name a few. The mie goreng flavor is said to include such garnishes as noodles, fried shallots and fried eggs. 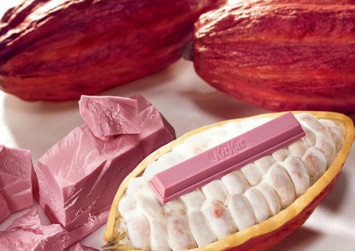 Meanwhile, creative chocolate fans can choose to create their own flavor instead with the Create Your Break feature, which allows you to choose your own drizzles, toppings and even packaging.

There's the option of having milk chocolate or green tea chocolate, six different drizzles (such as coffee, strawberry and bubblegum) and 15 different toppings - including chili and rose petals.

PT Nestle Indonesia Prima chocolate brand manager Nestiti Paramita said in a press release that the company was inspired by the creativity of Indonesians to enjoy their food.