Mooncake sales in Taiwan recovering after slump over food safety 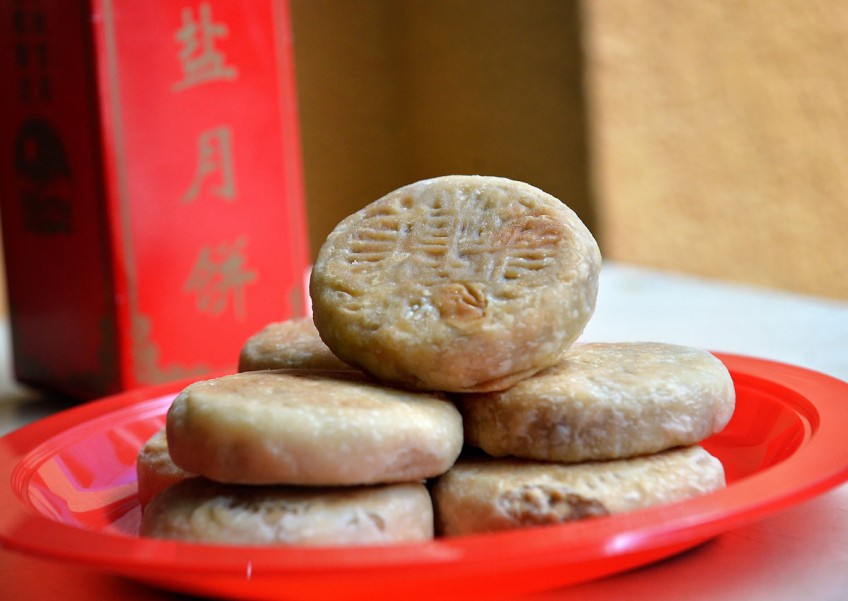 TAIPEI, Taiwan - With the Sept. 27 Mid-Autumn Festival drawing near, traditional bakeries are in full swing, including the famed Leechi bakery on Taipei's Changan East Road where a line of about 100-meters long stretched outside of the store yesterday.

There has been no significant fluctuation in mooncake sales during the Mid-Autumn Festival this year compared to before and customers who usually buy mooncakes appear to be buying them nonetheless, said Wu.

Amid rainy weather, three staff members managed the crowd outside of the Leechi bakery, ensuring access for neighbouring stores, while the line of customers stretched for three blocks. Inside the shop, uniformed employees were busy packaging freshly baked pastries and greeting customers.

"I buy their pastries every year to use as worship offerings," said one customer, who said that she had waited over 30 minutes for her turn, "I buy it for the occasion (Mid-Autumn Festival)."

This scene was in stark contrast to September last year when bakeries faced sharp sales drops due to food-safety scares, one involving the well-known Lee Hu bakery in Keelung. In an interview with the China Post, Lee Hu's manager, surnamed Hsieh, stated that even though revenues this year have declined compared to previous years, she sees signs of recovery and is thankful for old customers who continue to support them.

Tourists from Japan and China are among their frequent customers, with traditional classics such as green bean pastries and pineapple cakes being their most popular items, said Hsieh.

According to Chang Wan-Ling, regional manager at Taipei's Leechi branch, the company is steadily gaining profits each year. Responding to the question on how consumer tastes have shifted, Chang said they are constantly adjusting ingredients of the classic Mung Bean Mooncake with Stewed Pork.

Chang also has observed a rise in popularity for the relatively new Mini Mung Bean Mooncake - a product created around thirty years ago, in part to cater to the overseas market, since gifts containing meat products are not allowed on flights.