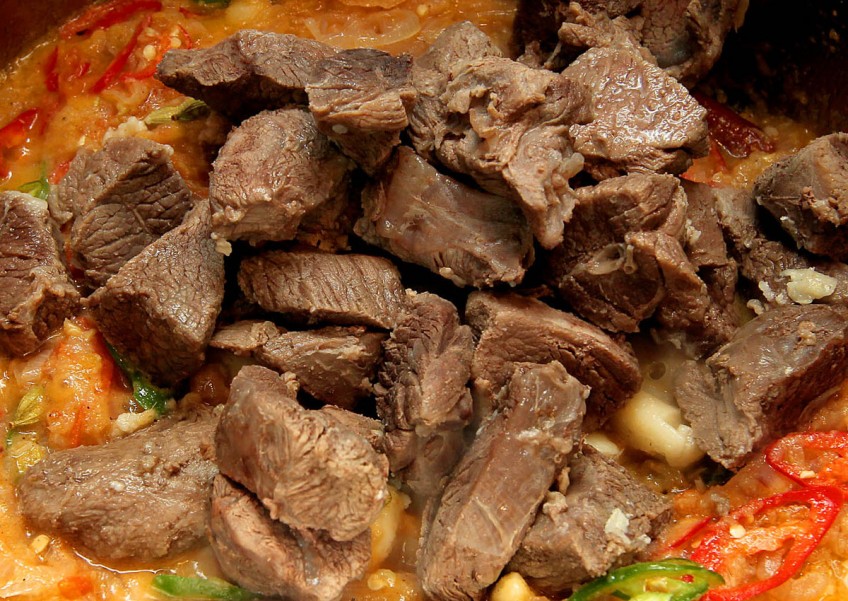 The mutton varuval in Petaling Jaya, Malaysia, might not contain mutton after all, according to an analysis done on several eateries there.

"Five months back, we received a report about another meat mixed with mutton being served in Indian restaurants.

"We acted on this and secured samples to send to the Chemistry Department for animal DNA analysis," she said.

She explained that her staff had gone in a week before securing the samples, informing the restaurant operators to properly label their dishes.

While Dr Chitra was told at first that the analysis would take only days, the process ended up lasting a few months, according to documents seen by StarMetro.

Dr Chitra said that "in our request to the Chemistry Department, we asked them to analyse if the meat samples had goat DNA", with the assumption that the analysis would also identify the correct animal DNA.

But her department, had to request a second analysis to ascertain the exact animal DNA for the four establishments.

"Currently, we are awaiting the second lab results before we take legal action against the proprietors," she said.

One possible cause for the substitution of mutton with other meats could be the expensive price of local mutton as supply is limited.

In 2010, butchers were already substituting imported mutton with buffalo meat. Then, the price of mutton was hitting RM17 (S$5.49) a kilo, and prices are even higher now.

"When you ask for local mutton, it's even more expensive, at over RM40," he said.

By contrast, beef was going for RM15 when StarMetro checked with Mr Muthusamy on Sept 25.

"With these meat prices, you can understand why some restaurant operators would resort to substituting their meat to keep prices low," said Mr Muthusamy.

He added that if it was proven that the restaurants had replaced mutton with other red meats, the authorities should take action against the restaurants identified to shore up consumer confidence.

"This is definitely not right. People are coming to our restaurants with the confidence that our dishes are definitely mutton.

"On top of that, there is religious sensitivity involved," he said.

Previously, he said, Primas members had heard of customers voicing their suspicions about the meat served but nothing concrete had surfaced.

"If the meat was already falsely labelled even before it reached the restaurant, then perhaps it might not be the restaurant's fault," he added.

PJ councillor Sean Oon received the complaint in February this year and decided to go to the Health and Environment departments with the complaint.

"We also asked for the Chemistry Department's analysis report, from a blind analysis done with only numbered samples.

"Only MBPJ has the names to go with the sample numbers, so we are just waiting to confirm the exact animal DNA for those which are not mutton and proceed from there," said Oon.

When asked about the second round of lab tests recently, Dr Chitra said that if a new sample were to be submitted, the first results would be rendered null and void.

But based on the existing evidence, they will begin legal proceedings against the restaurants and have submitted the necessary documents to the council's Legal Department.

"We are proceeding under Section 14 of the Food Act 1983, which prohibits against the sale of food not of the nature, substance or quality demanded," said Dr Chitra.