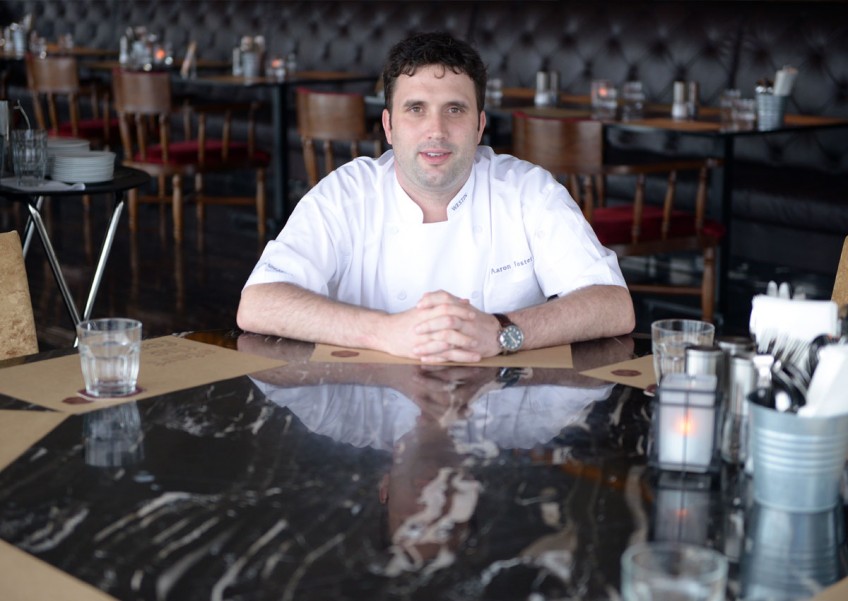 Up until late last year, when it revamped its menu, gastrobar Cook & Brew at The Westin Singapore suffered from a lack of personality.

The most exciting thing about it was its breathtaking view of Marina Bay.

For restaurants located inside hotels, that lack of excitement sometimes cannot be helped. With the need to satisfy different tastes, it is best for them to take the safer middle ground - but "safer" is also another word for "boring" in the culinary world.

More than ever, restaurants are chasing accolades and diners have become savvy. Cook & Brew's menu update is therefore timely, and it might actually make people take notice.

Read also: Thought of eating consumes you? You may be a food addict

The lunch and dinner menus have been updated - they are filled with dishes that are easy to understand and with Asian touches to enhance the experience.

An example is the Pad Thai Fries ($15) - the sweet potato fries are crispy around the edges but sweet and juicy inside. It has pad thai sauce and a squeeze of lime over it.

It is messy and difficult to eat if you want to retain any semblance of elegance, but it is worth it.

The Korean Beef Carpaccio ($18) is another tasty East-meets-West combination.

Thinly sliced USDA beef slices are mixed with gochujang (Korean red chilli paste) and cucumber kimchi. The skewer of fried potato slices is redundant though, it adds nothing to the dish.

Read also: Food in the 'hood'

Something less Asian is the Cook & Brew's Cassoulet ($42), one of the better offerings here. It is diminutive, but the flavours are huge.

There is the foie gras, housemade duck and foie gras sausage, which is paired with a lamb shank confit.

There is a lot going on, but everything ties in well. It is a tad salty though, so brace yourself.

For the Black Truffle Fried Chicken (from $32), the Asian element is in the dip.

The distinct Indian flavour comes from the orange ginger and lime pickle. The chicken is nice, but the dip is the star.

The BBQ Beef Ribs ($14) are disappointing, I found the meat too dry.

I appreciated the fancy presentation though, as that is the most remarkable thing about this dish.

This article was first published on Mar 30, 2017.
Get The New Paper for more stories.