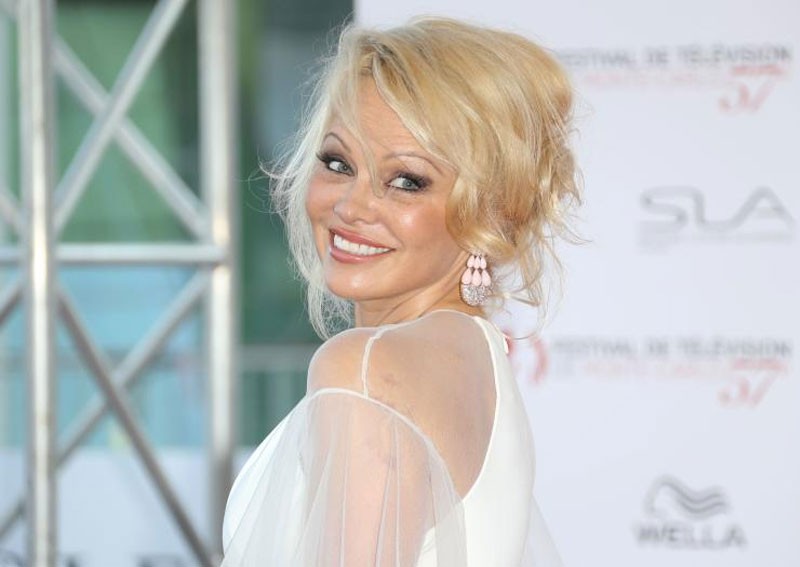 NICE - Pamela Anderson long ago swapped "Baywatch" for animal rights activism - but the actress has now added another string to her bow by opening a French restaurant, with President Emmanuel Macron receiving an open invite.

She announced Monday that she and French chef Christophe Leroy had teamed up to open "La Table du Marche" (The Market Table), a pop-up restaurant that will serve diners in the glitzy resort of Saint-Tropez for 50 days from July 4.

A statement posted on Anderson's website, featuring photographs of her posing with a large golden retriever dog, promised the restaurant would be "sexy" as well as "100 per cent vegan".

In a blog post on Saturday the 49-year-old actress had invited Macron and his wife Brigitte to the restaurant, hoping to convince them to offer asylum to WikiLeaks founder Julian Assange, who has been holed up in the Ecuadorian embassy in London for five years trying to avoid extradition to Sweden where he faced allegations of rape.

Sweden dropped its investigation into Assange last month, but he remains subject to British arrest for skipping bail if he steps out of the embassy.

Anderson is a staunch supporter of Assange and his whistleblowing website, describing him as "a man risking so much with such little gratitude".

"As a resident of France, my adopted home, I would like to meet with you and discuss Julian's situation," she wrote in a message to Macron.

"I am opening a new vegan restaurant in France in July, and I would like to extend my invitation to the new president and his First Lady.

"We will sit and eat good food and discuss what can be done for Julian. France could display its strength, and so could you, if you give Julian asylum."

Anderson's 250-seat pop-up will open in the premises of Leroy's Moulins de Ramatuelle restaurant, featuring a champagne bar along with its animal-friendly menu.