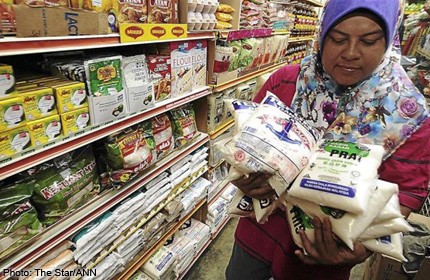 AYER HITAM - Consumers must be prepared for a possible hike in sugar and flour prices if the Government decides to further reduce subsidies for the two essentials.

Domestic Trade, Co-operatives and Consumerism Minister Datuk Hasan Malek said: "If certain decisions could help to strengthen the economy, we will have to do it although it may not be well received.

"We will have various possibilities, and decisions will be made based on our studies."

Hasan said the Government's priority was to enhance the economic growth and development of the country, as well as to take care of the people's welfare.

Hasan said the details would be announced by Prime Minister Datuk Seri Najib Tun Razak during Budget 2014 on Oct 25.

He said this year, the Government would set up 40 more KR1M (Kedai Rakyat 1 Malaysia) outlets nationwide, especially in Sabah and Sarawak.

He said in Johor alone, 12 KR1M outlets had been set up.