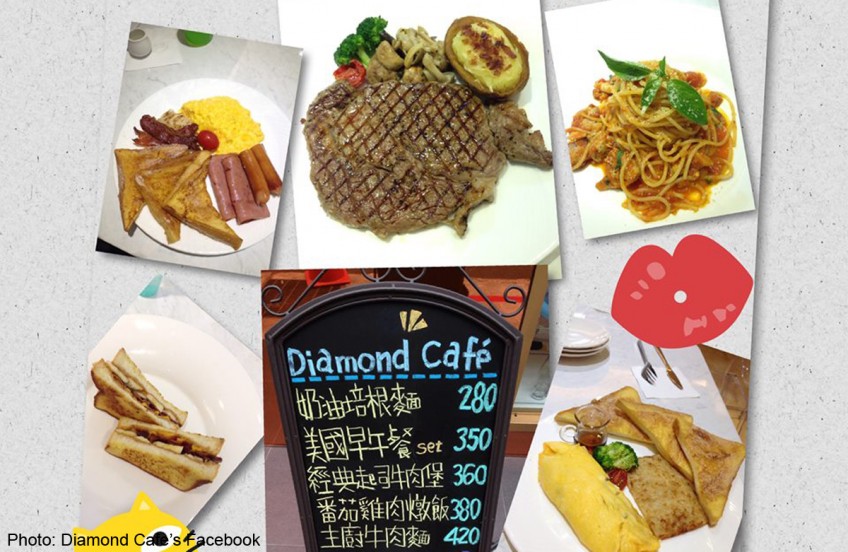 TAIPEI, Taiwan - A restaurant in eastern Taipei yesterday issued a formal apology for including a controversial "nanny meal" on its menu, which many suspect discriminates against foreign laborers.

The restaurant was blasted for the name of the dish, which is "foreign house servant meal" in Chinese, when literally translated.

Diamond Cafe, which just opened last month, advertises itself as a kid-friendly family restaurant that provides a play area and toys.

The lower price tag is also jarring when compared with other entrees in this "women socialite class" restaurant, as it was termed by one blogger.

On the same page that has the nanny meal, prices of regular entrees such as wild mushroom risotto with cream sauce start at NT$360, up to chicken risotto with curry sauce, priced at NT$460.

The menu made the news after a diner took a photo of the menu and posted it to Facebook. The post went viral - with many denouncing the restaurant's decision as "derogatory" and "discriminatory."

A netizen said the restaurant shouldn't convey such an inappropriate message to children. Alternative names such as "work meal" or "business meal" may demonstrate more civility, suggested the netizen.

Some people who have hired foreign housemaids said housemaids should be treated as equals, just like a member of the family. "If they can afford to hire housemaids, they should be able to order another regular meal (for them)," one said.

"This is outright discrimination," said one netizen. "Is the price tag meant to say … foreign servants are not fit to eat the same type of meals?" With such an attitude, watch out for "meals for Taiwanese" in the future, said another.

Embroiled in the public backlash, the restaurant's manager came out to make a public apology for the inappropriate use of words on the menu.

The intent was to provide a meal that is tailored to people coming from different backgrounds, the manager said, adding that a dish without pork is offered to Muslim customers.

The nanny meal was designed because a lot of families visiting the restaurant also bring a nanny or housemaid, the restaurant said, adding that the dish is rice with curry.