The secret's in the dough 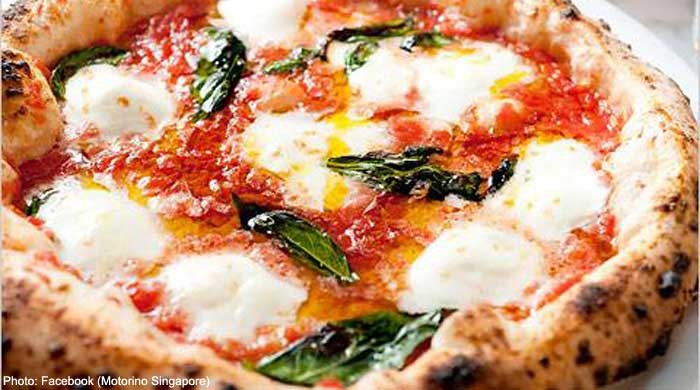 Making a pizza is basically baking bread, except you add tomatoes and cheese on top, says chef Mathieu Palombino, who runs Motorino - a brand of pizzerias that originated in New York and just opened here in Singapore.

"Bread-making can be a very simple thing. You mix flour, water, and yeast, and technically you have bread. But making a good piece of bread, that's a whole other world," he adds.

When it comes to pizza bread, also called the crust, it should be "dramatic-looking", and "a very long-fermented dough gets that dramatic and rustic look after being cooked, especially in a good wood-fired oven," says Chef Palombino.

Of course everyone's preference differs, says Jean-Marie Merret, the executive sous chef of the traditional Italian restaurant La Nonna. But most of the time, "a good dough should be thin and crunchy on the side with a good taste of wooden smoke," he says.

Their dough is made to their own recipe, and the difference comes from the type of flour and olive oil used, plus their apple wood-fired oven.

As a tip, he says: "Prepare the dough 24 hours before making the pizza and let it rest in a chiller. The type of flour used is very important too."

Executive chef Karla Mendoza of the Marina Bay Sands restaurant Pizzeria Mozza has a different method - a three-day-long process - which was developed with the help of award-winning bread-baker Nancy Silverton.

Explains chef Mendoza: "When the dough is robust, puffy and round, you know you have good dough. If it is sticky, lifeless and flat, those are bad signs. It could mean the yeast has died."

Her advice when it comes to baking is to measure all ingredients precisely, and stick closely to timings. "Baking is a science, it's chemistry. You have to control the environment... because yeast is a living thing and one speck of dirt and it could say "I don't want to live in this" and it will die. It's very fickle," says chef Mendoza.

"I actually talk to the dough for good vibes. You have to be a happy baker to have a happy product," she adds with a laugh.

This article was first published on March 21, 2015.
Get The Business Times for more stories.