US authorities issue 'import alert' on shrimp and prawns from Malaysia 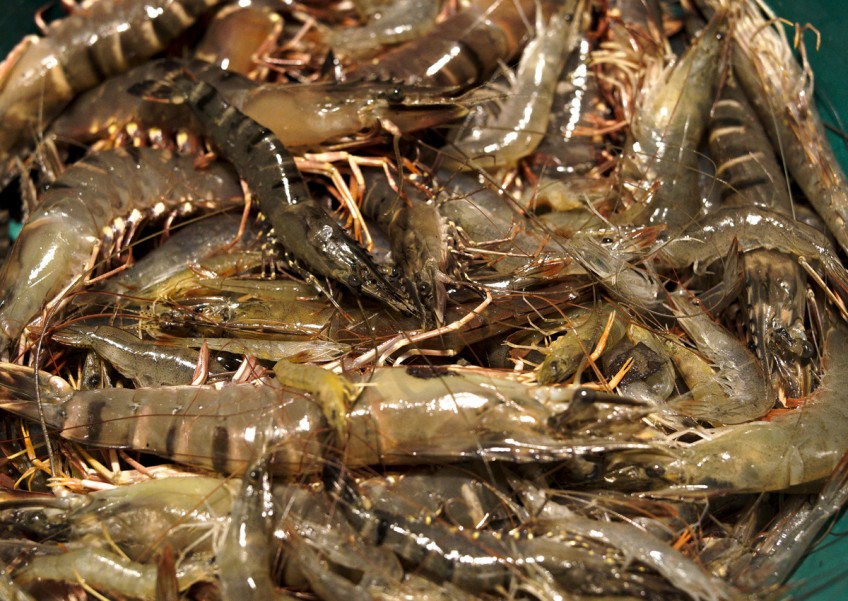 PETALING JAYA: Malaysia will ask the United States' Food and Drug Administration (FDA) for details on its move to place shrimp and prawns from peninsular Malaysia on "import alert" over the alleged presence of banned antibiotics in the seafood.

Agriculture and Agro-based Industry Minister Datuk Seri Ahmad Shabery Cheek said the export of frozen prawns from Malaysia to the United States was arranged on a willing buyer, willing seller basis or what he described as a "private arrangement".

He said the process did not involve appro­val or monitoring from any authority inclu­ding his ministry, the Ministry of Health (MOH) or Ministry of International Trade and Industry.

Following the incident, Ahmad Shabery said the Government had set up a special committee to control the export of prawns to the US including tightening conditions at processing plants which must be approved by MOH.

He added that his ministry would take control of issuing Certificate of Origin for prawns from the Chamber of Commerce.

On the same issue, Ahmad Shabery's deputy Datuk Seri Tajuddin Abdul Rahman urged consumers and importers not to panic over the FDA's alert until the ministry gets to the bottom of the matter.

"We will check the report by the US FDA and if we find it to be true, we will take necessary action to make sure exporters comply with the US government rules and stan­dards," said Tajuddin.

The FDA on Monday announced that its District Offices might detain without physical examination imports of shrimp and prawns from peninsular Malaysia due to testing that found residues of nitrofurans and chloramphenicol.

The FDA notice said prawns and shrimp from Sabah and Sarawak were exempted from the import alert.

Banned in both Malaysia and the US for use on seafood farm operations, nitrofurans and chloramphenicol are antibiotics that help prevent disease in prawns and shrimps but are harmful for human consumption.

Malaysia is one of the top 10 exporters of prawns and shrimps to the US. According to the US National Oceanic and Atmospheric Administration, the country imported 8,311 metric tonnes of shrimp from Malaysia last year.

In all, 45 samples or 32 per cent contained residues of both substances, it said.

The notice said companies that process or ship shrimp and prawns from the peninsula would be placed on the import alert.

An aquaculture expert said there were va­rious ways prawn farmers could use to combat diseases in shrimp and prawns but some treatments were more time consuming and not as effective as using nitrofurans and chloramphenicol.

The problem with using the two banned substances is that it is difficult to determine the correct required dosage, which differs according to the extent of the bacterial infection on the prawns, size of the ponds and other factors.

As such, some end up using too much of the two substances, and their residues subsequently turn up in the prawns during testing.