Foodie Confidential: Back to his Hainanese roots 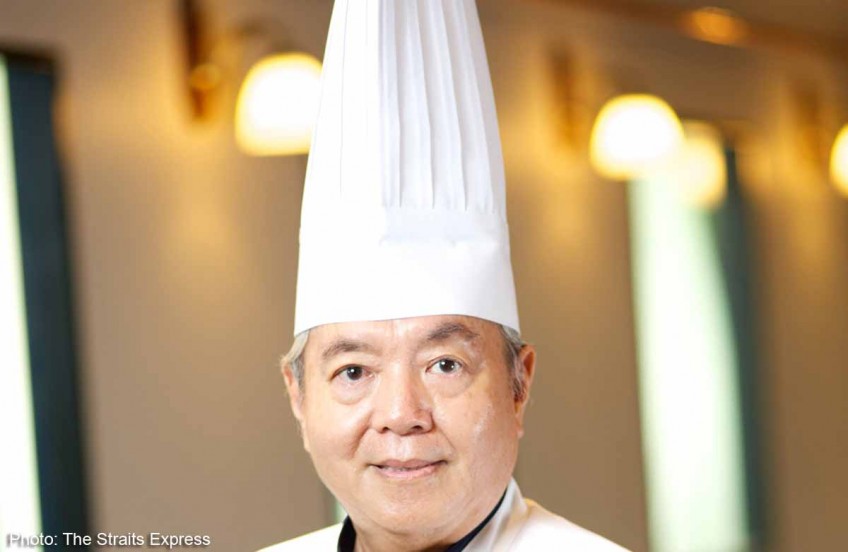 What is in a name? For chef Bermuda Say, it is the name of the first foreign territory he worked in in 1976.

At 28, he travelled to Bermuda to work as a commis chef at the Princess Hotel, now known as The Hamilton Princess & Beach Club.

Lured by the prospect of earning more money and exploring the world, Chef Say had gamely grabbed the opportunity that his colleague passed up on as the latter was about to get married.

Back home after his two-year stint, his colleague at Jack's Place Steak House found his birth name, Say Lip Kan, a mouthful and called him Bermuda. The name has stuck since.

A Hainanese, Say is in charge of cooking about 10 Hainanese-styled Western dishes, such as Sambal Steak and Hainanese Pork Chop.

These dishes were also what his late father cooked for 25 years for the household of Captain Sneddon, who was the chief pilot of the Singapore Harbour Board (now Port of Singapore Authority).

His late mother was an amah (house maid) for the Sneddons.

Say, the second of four siblings, recalls always salivating as he watched his dad whip up dishes such as roast beef and salmon patties with mashed potatoes.

Living in the servant quarters, his family would look forward to the leftovers of the British family, especially after their house parties.

Say honed his cooking skills by working at Western restaurants such as the now defunct Cockpit Hotel and was a partner in a catering company for more than two decades.

The chef, who is divorced with no children, hopes that the unique Hainanese cuisine can be passed on to the younger cooks he works with these days.

He says: "More Hainanese should step up and showcase more of their family recipes to their friends, so more people will know of our creations."

You were retired for the past two years, so why did you take up this job?

I want to take this opportunity to showcase Hainanese cuisine. I am still learning after 40 years in the kitchen; I am an eternal apprentice.

What foods did you miss when you worked in Bermuda?

Char kway teow with lots of lard. If there is no lard, it is not worth eating. I used to make sure there were at least three pieces of lard in one serving.

I would join five other chefs from Singapore to cook Teochew muay (congee). We ate it with steamed fish caught from the nearby sea, stir-fried vegetables and onion omelette.

What was the first dish you cooked?

Butter pancakes. My father could flip pancakes very well. When I was 13, he showed me how to do it. It was my first try and the pancake ended up on the floor.

What are your childhood memories of food?

My mother made porridge for lunch. We Hainanese like to cool the congee for an hour before eating it. The congee is cooked with preserved vegetables such as chye sim and mui choy (mustard greens).

What is your favourite ingredient to work with?

Fried shallots. They give dishes such as fried rice, soups and stews a new dimension in flavour.

What is the most challenging dish to cook?

Oxtail stew. A carton of oxtails usually has tails of different ages, so the time taken to cook each tail varies. The younger the tail, the faster it gets tender. The cooking time can range from 21/2 to 61/2 hours.

The tail needs to be braised till the meat is about to fall off the bone.

I have to stand by the pot for up to four hours and check each tail by feeling it. It is a dish that takes experience to cook.

What is your secret to making a good Toad In The Hole (a British dish of sausages in Yorkshire pudding batter)?

I would collect the juices that drip from roasting beef and mix it in the batter, which has eggs, milk and flour. It adds more flavour to the dish.

What is your favourite Hainanese food and where would you have it?

I like Hainanese chicken rice, both the Singapore and Hainan Island versions. The local version has tasty and tender chicken meat, while in Hainan Island, the chicken is tougher, but I get a kick from chewing it.

Where would you recommend for Hainanese cuisine in Singapore?

An above-average place is Yet Con Restaurant in Purvis Street. Its roast pork, served with salted vegetables, is very crispy.

What is a Hainanese dish that not many people know of?

Hainanese mutton stew. In Hainan Island, a special breed of lamb is used. The meat is stewed with herbs such as cinnamon, star anise and wolfberries for at least two hours.

What was your worst kitchen disaster?

When I ran a Western cafe in Pandan Valley in 1983, I got burnt in the face when trying to light up a gas griddle.

I was careless and left the griddle on while finding a lighter. The gas accumulated and when I lit the griddle, there was an explosion.

Some of my hair was gone, together with my eyebrows, eyelashes and even nostril hair.

I like cooking steaks and pastas topped with tomato sauce and cheese with my salamander (cooking device for grilling and browning foods).

If you could pick anyone to have a meal with, who would it be?

I am sure he did not expect me follow in his footsteps by becoming a cook as the job is tough. He worked every day from 6am to 9pm.

I would cook roast beef with Yorkshire pudding for him.

This article was first published on May 3, 2015.
Get a copy of The Straits Times or go to straitstimes.com for more stories.