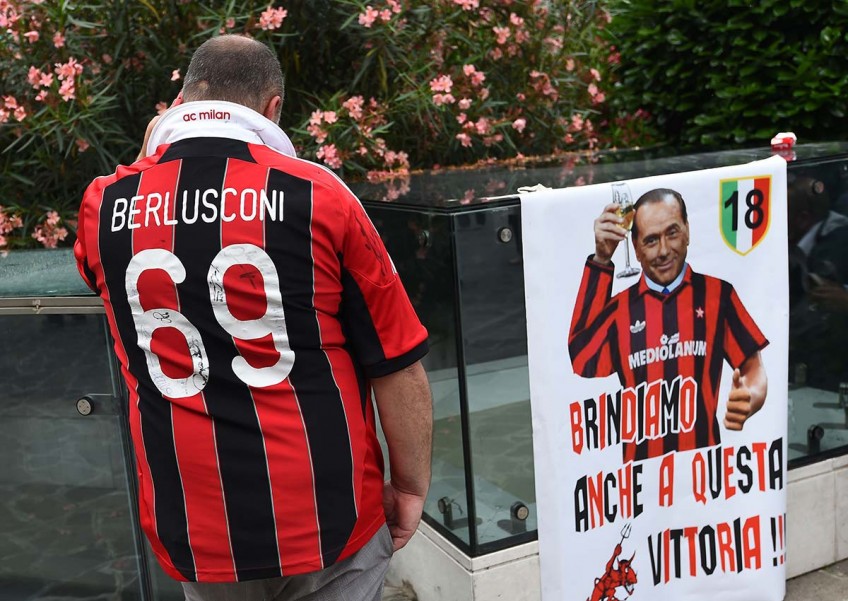 MILAN - Italy's billionaire former prime minister Silvio Berlusconi said Tuesday he was ready to sell AC Milan to a Chinese investor as long as 400 million euros are invested in the struggling Serie A giants over two years.

"I gave up all claims to the price, I accepted what was offered to me, which does not even take into account the importance of the brand," Berlusconi said.

The 79-year-old media mogul did not name the investor but said it was a "Chinese company with public capital".

"I demanded the new owners commit to invest at least 400 million euros (about S$600 million) in AC Milan over the next two years," he told reporters on his release from hospital after open-heart surgery.

He had initially hoped to keep the fallen seven-time European champions "in Italian hands" but in May the club said Berlusconi's holding company Fininvest had begun serious negotiations with a Chinese consortium.

The takeover would see AC Milan become the second Milan club, after Inter Milan, to be sold to Asian owners. Inter was taken over by Indonesian businessman Erick Thohir in November 2014.

"Rossoneri" fans will watch cautiously from the sidelines to see what transpires from the latest chapter in a prolonged epic about the club and its likely future direction.

In June last year it was announced Thai businessman Bee Taechaubol would purchase a 48 per cent stake in Milan, although the deal came to nothing after he reportedly failed in his bid to collect the necessary funds.