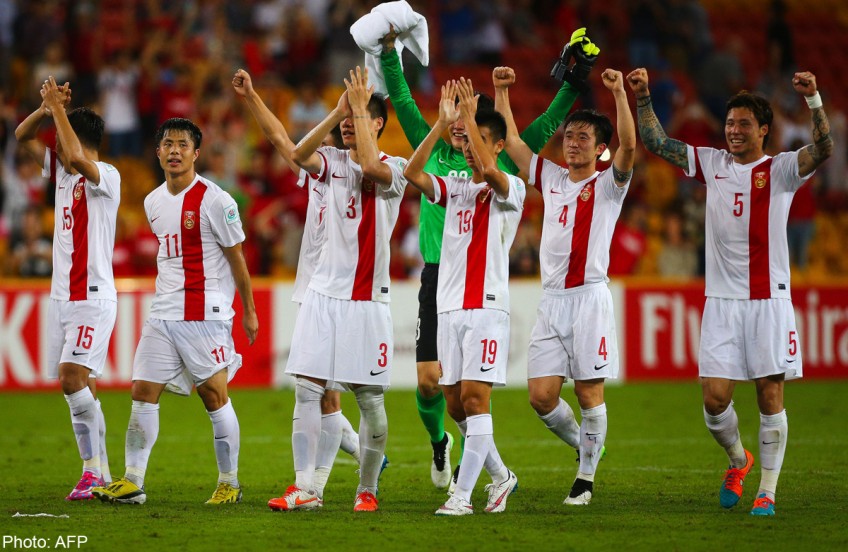 China's team saluting fans following the first round Asian Cup football match between China and Uzbekistan at the Suncorp Stadium in Brisbane.

China, already assured of finishing at the top of the group standings and earning a quarter-final with Australia in Brisbane on Thursday, made just three changes to their starting lineup.

Hao Junmin, Cai Huikang and Sun Ke all came in to the run-on side, replacing Wu Xi, Wu Lei and Ren Hang, who was suspended after picking up two yellow cards. "As professional football players we must always be ready to face challenges," Perrin said. "So we will try our best to play well and get the three points."