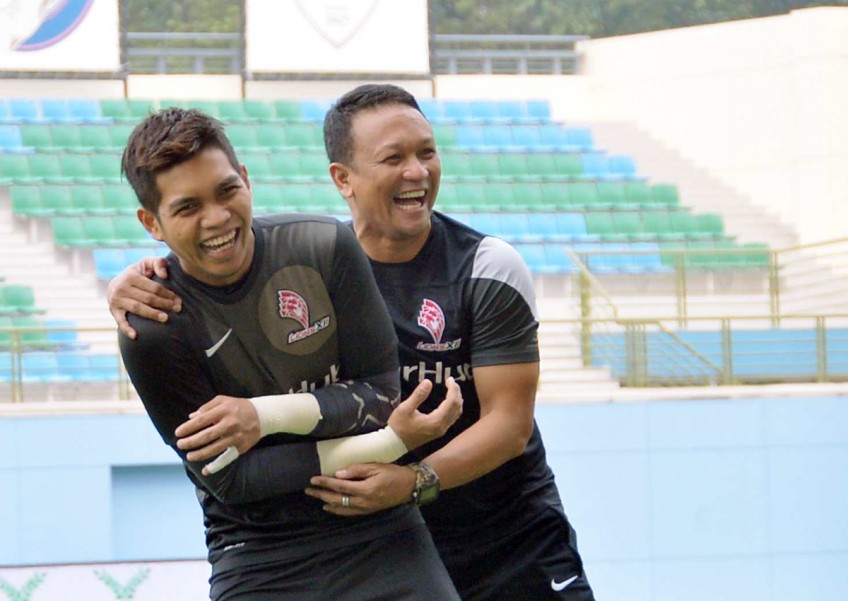 It was conceived as an exhibition game, a friendly to maintain good relations between two old rivals who have featured in several gigantic battles for supremacy in Malaysian football.

As always, this year's Sultan of Selangor's (SOS) Cup, to be held at the Shah Alam Stadium on Saturday, is poised to be a fun game of football, with a healthy dollop of spice.

Players from Fandi Ahmad's Malaysia Cup-chasing LionsXII side are on a three-week break before their crucial final Group A encounter away to Terengganu on Nov 7.

For several of them, the friendly will be a chance to impress, as they fight for a first-team spot in the LionsXII's final group game that will determine their qualification for the quarter-finals.

Fifteen of the 20-man squad for the SOS Cup hail from the LionsXII and coach Fandi said: "We are allowed seven substitutions in the game, so we can rotate, but I do want to test some of my players, especially the ones on the fringes.

"We will have two players suspended (for the Terengganu game) - Izzdin Shafiq and Madhu Mohana - and six players who are still on a yellow card. I want to see what the others can offer."

Still working his way back to full match-fitness after breaking his ankle at last year's AFF Suzuki Cup, Shahdan Sulaiman will be hoping to get some game time.

"The SOS Cup is a big game every year and I am looking forward to it, it'll also be another competitive game for me," said the 27-year-old midfielder, who scored the winner in the LionsXII's 1-0 victory over JDT II last Saturday.

"I'm still getting there and will need a few more matches to get back to full match-fitness," he added.

But it will not be solely about the LionsXII.

There are four Courts Young Lions players in the squad, along with Tampines Rovers' talented attacker Rodrigo Tosi.

The Brazilian, who has scored 10 goals in this season's S.League, is likely to lead the line as the visitors hope to avenge for last year's 2-1 defeat at Shah Alam.

"With Khairul Amri and Khairul Nizam out injured, we don't have a target man, and I'm hoping Tosi can get us goals," said Fandi.

Fandi will also pull on a jersey to face old rivals Selangor and their veteran heroes in the curtain-raiser.

He said: "It's always fantastic to play against players like Zainal Abidin and Dollah Salleh.

"We're quite serious this time, we've been playing friendly matches to prepare for this, and we want to win."