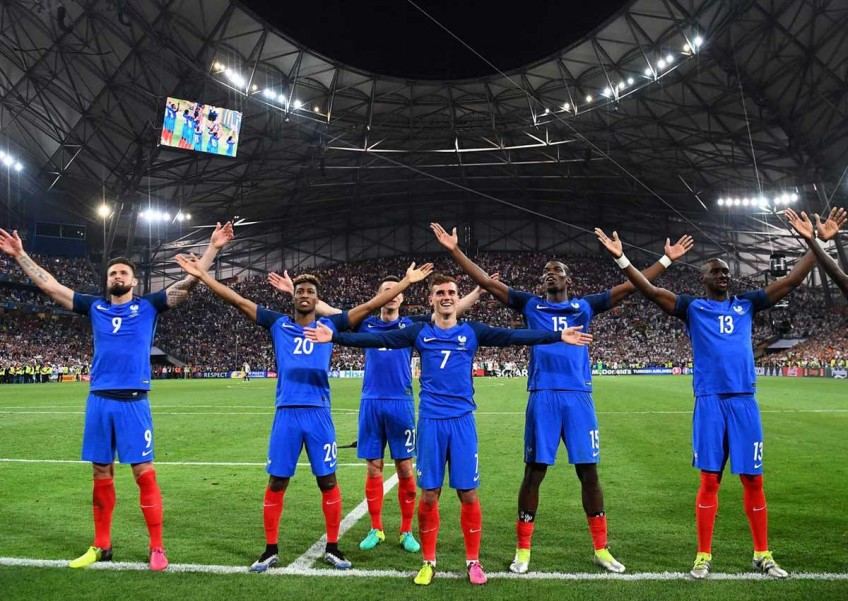 Paris - France want to write football "history" by winning the Euro 2016 final at home six years after a damaging player revolt and as the country recovers from the Paris attacks, captain Hugo Lloris said Saturday.

With Cristiano Ronaldo's Portugal also riding a wave of national fervour ahead of Sunday's final at the Stade France, the home team are suddenly national heroes after several years of scandal and disappointment.

Lloris told of the enormous effort made to lift the French team out of "crisis" and into contention for a potential title and also the impact of the November 13 attacks which left 130 dead.

"We have come through a crisis in French football," the Tottenham Hotspur goalkeeper told a press conference.

"We have climbed back up the slope, we have done it step by step.

"But building a great team takes a lot of time. With the Germans and the Spanish, success was not created overnight. You cannot buy experience.

"Tomorrow we have the chance to go into French football history, it is a unique time in a player's career," said Lloris.

France won the World Cup on home territory in 1998, when coach Didier Deschamps captained the side. Deschamps was called upon to recreate the side in 2012 after the national team hit rock bottom with a player strike at the 2010 World Cup.

The suspension of star striker Karim Benzema this year over his link to an attempted sextape blackmail added to the troubles.

Defender Bacary Sagna said the 2010 revolt over a dispute between striker Nicolas Anelka and then-coach Raymond Domenech "was clearly a mistake" that had scarred the national side.

"We took French football to an all-time low, we showed a very bad image. It has taken a lot of effort, a lot of work to improve our reputation. Six years on, we are getting closer," said Sagna.

Lloris told how France's run to the final had given the country "an escape" after the trauma of the November 13 attacks, which included suicide bombers trying to get into the national stadium as France played Germany.

"Of course we've had some very difficult times this year, both with those tragic events, but also with events that have gone on off the field," he said.

"The French people really needed to escape via this competition, and sport has this strength: to unite people." France, with tournament leading scorer Antoine Griezmann, start the game as favourites.

They have never lost to Portugal in the finals of a major tournament. But they have acknowledged the threat posed by three-time world player of the year Ronaldo.

Veteran defender Pepe trained normally on Saturday with the team after missing the 2-0 semi-final win over Wales on Wednesday.

Portugal coach Fernando Santos has been hailed for the way he has created a united team to support Ronaldo.

Veterans such as Pepe and Ricardo Quaresma have all played key roles as Portugal came throught the group stage and quarter-finals without winning a match in 90 minutes of regulation time.

Teenager Renato Sanches has emerged as a new threat to opposing teams.

When asked about the groundswell of support for the French team, midfielder Joao Mario said: "They can believe that but 100 percent of the Portuguese people believe in a Portugal win.

He added: "We believe in ourselves, we have always believed. The coach has given us this confidence, this spirit." A Portugal win would help banish the heartache of losing the 2004 Euro final at home to Greece. Photos of Ronaldo crying after the game have become enduring images.

The star striker declared this week that he wants to be "crying with joy" on Sunday.