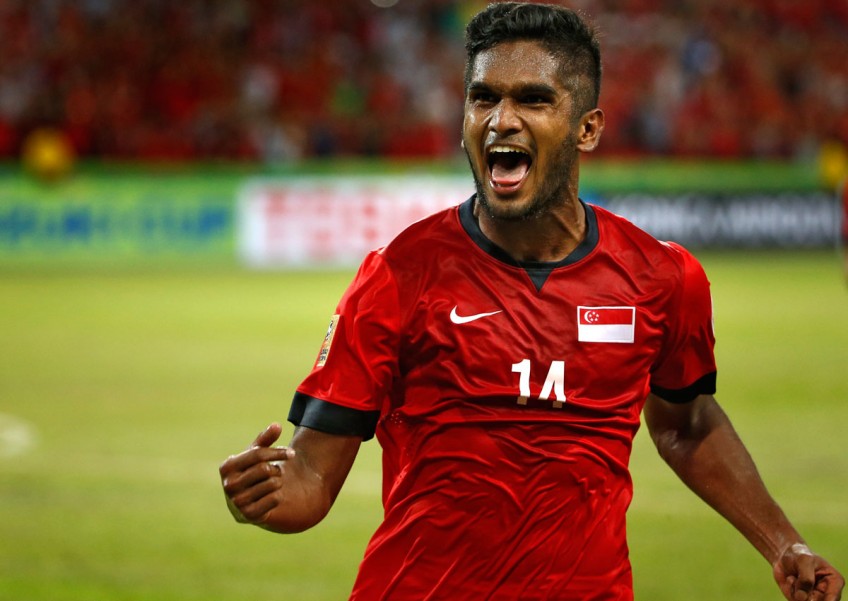 The Southern Tigers are through to the Oct 31 showpiece, after Fifa suspended the Kuwait FA (KFA) on Friday for government interference.

As a result, Kuwaiti teams are banned from international competitions, which means that AFC Cup semi-finalists Al-Qadsia and Al-Kuwait, who beat JDT 3-1 and Tajikistan's Istiklol 4-0 in the respective first-leg encounters, were eliminated by walkovers.

Hariss said: "I'm very proud of this achievement for JDT and for myself, especially to reach a major final in my first AFC club competition.

"There were rumours of the Kuwait FA's problems, but still the walkover came as a surprise.

"You can say we are lucky because we were down 3-1 from the first leg.

"But we had the away goal, a good home record for a fightback, and these things are not within our control.

"I was in the national squad when we went to Dushanbe for a World Cup qualifier in Nov 2007.

"It was cold and hostile then and the pitch was brown, although the Malaysian boys who went for an international friendly last year said they have an artificial pitch now.

"Regardless, now that we are in the final, we want to win it."

In a statement released on Fifa.com, the world football governing body announced: "The suspension follows the decision of the Fifa Executive Committee during its meeting on Sept 24 and 25 to give until Oct 15, 2015 for changes to be made to the sports law of Kuwait.

"The suspension will be lifted only when the KFA and its members (the clubs) are able to carry out their activities and obligations independently."

Kuwait's loss is JDT and Hariss' gain, as both club and player are looking to lift the trophy in their first AFC Cup final.

This is JDT's second appearance in the competition after failing to get past this year's AFC Champions League preliminary rounds.

Hariss, 24, is within touching distance of winning another piece of silverware since he graduated from the Courts Young Lions after the 2011 season.

In 2012, he won the Suzuki Cup with the national team, before clinching the Malaysian Super League (MSL) title with the LionsXII the following year.

A two-year deal across the Causeway worth around US$1 million ($1.38m) then beckoned.

The midfield general is a shoo-in to make the starting line-up against Ishtikol, after clocking a total of 700 minutes in nine previous games in this year's AFC Cup.

He had missed just one match due to suspension, and his absence was felt as JDT lost 2-0 away to Kitchee.

As his star keeps rising - Hariss also delivered a captain's performance in Singapore's shock 0-0 draw at Japan in a World Cup/Asian Cup qualifier in June - regional clubs are starting to take notice, especially with his contract running out at the end of the season.

The New Paper understands that the Football Association of Singapore is likely to send Hariss, LionsXII goalkeeper Izwan Mahbud and utility player Safuwan Baharudin for J.League trials at the end of the year.

Hariss said: "I'm very happy with my time at JDT and what we have achieved. This club have a lot of ambition and are moving in the right direction. For now, I'm just trying to be the best professional I can be.

"As for sending local footballers for trials with a stronger league, it is a good initiative and we as footballers need to work harder to prove that we can make it.

"Of course, I would be keen as I want to play at the highest level possible to improve as a professional footballer.

"When the picture is clearer, all parties involved should meet to discuss what is the best move we can take to move forward."