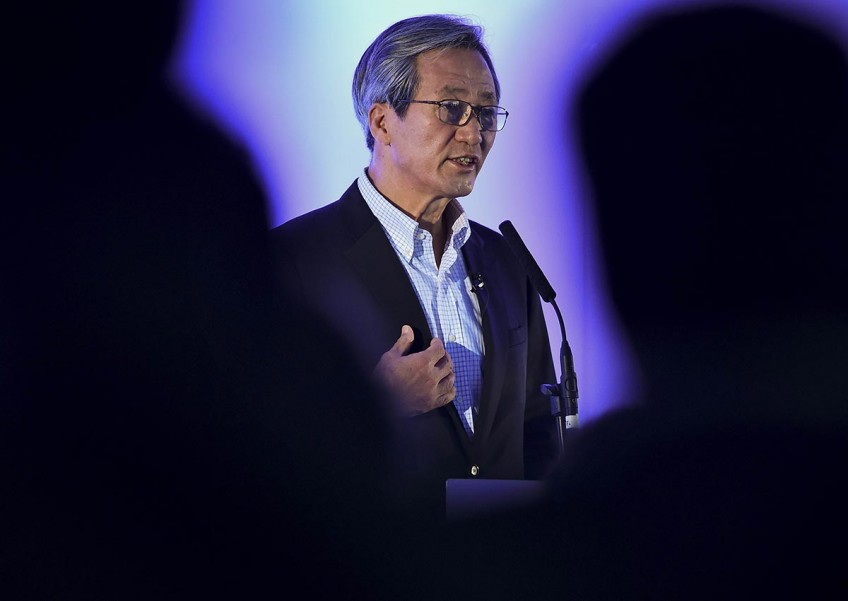 SEOUL - South Korea's Chung Mong-joon says he has been left in a "double bind" after a Swiss court rejected his request to temporarily lift a six-year ban from football that would allow him to stand as a candidate in FIFA's presidential election.

FIFA said on Tuesday that a Zurich District Court denied Chung's request and ruled there was no indication of a defective procedure on the part of the football body's ethics committee in banning the South Korean.

Chung has said he would appeal the ban to the Court of Arbitration for Sport and described the sanction as a "shameful attempt" to punish his open criticism of FIFA, which is mired in the worst corruption scandal in its 111-year history.

FIFA has been engulfed in crisis since May when 14 football officials and sports marketing executives were indicted in the United States on bribery, money laundering and wire fraud charges involving more than US$150 million (S$208.9 million) in payments.

Swiss authorities have also launched a criminal investigation into the decision to award the hosting rights for the 2018 and 2022 World Cups to Russia and Qatar.

Chung hit out at FIFA on Wednesday, saying the ethics committee had yet to provide him with the reasoned decision behind his ban, which undermined his court case.

"FIFA continues to sabotage my candidacy for FIFA president," the scion of South Korea's Hyundai industrial conglomerate said in a statement.

"I am in a double bind: I cannot maintain my candidacy because of the unjust sanctions, but I cannot appeal those sanctions or get an injunction from the Swiss court because I do not have the reasoned decision that FIFA's Ethics Committee has so far refused to send me."

Chung admitted that time was running out for him to meet the Oct 26 deadline to submit his candidacy to replace outgoing president Sepp Blatter.

The Swiss and UEFA president Michel Platini, the favourite to replace him, have both been suspended for 90 days by the ethics committee.

FIFA has confirmed that despite recent developments the election of a new president would go ahead on Feb 26.