Football: Leicester on cusp of miracle in Man United clash 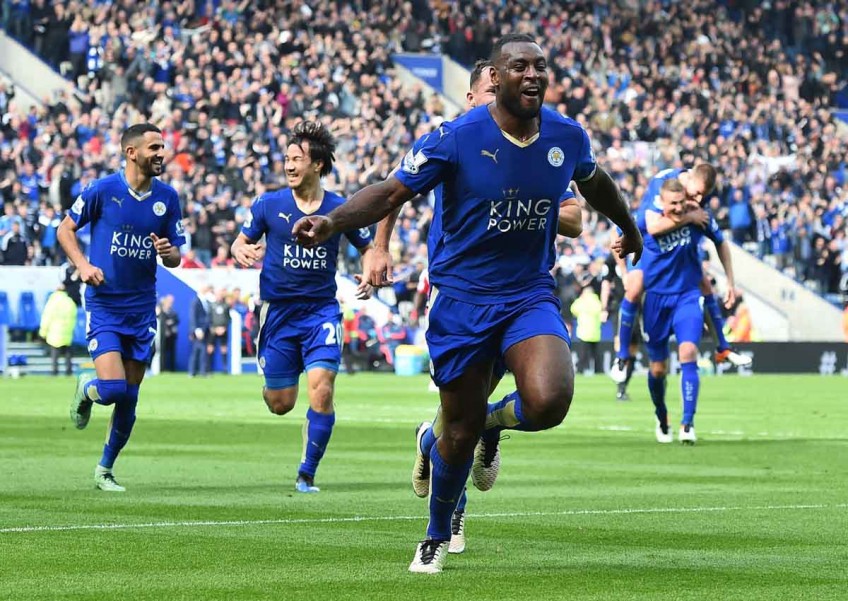 The 5,000-1 outsiders, whose team cost less than £30 million ($43.8 million, 38.3 million euros) to assemble, need just three points to become champions for the first time in their 132-year history and complete one of the most inspirational stories in professional sport.

But while manager Claudio Ranieri understands the excitement that his team have generated, he knows that their incredible journey - which began with last season's narrow escape from relegation - is not yet at an end.

"We are fighting to turn this dream into a reality. But not yet. I see all the happiness around the city and that's great, but it's not finished," said the 64-year-old Italian, who has never won a top-flight title.

"Sunday will be a very tough match. I have a lot of respect for (Louis) van Gaal, the players and Manchester United fans. I know very well it will be a very difficult match. But we go with the same mentality.

"'Stay calm,' I tell the players. 'Stay hungry.' I told the players that everything is in our hands. If our strength is being solid and concentrated, then we must continue."

After a sequence of nervy, narrow wins and a fraught 2-2 draw with West Ham United, the title swam into pin-sharp focus for Leicester when their breezy 4-0 victory over Swansea City was followed by second-place Tottenham Hotspur losing ground in a 1-1 draw with West Bromwich Albion.

It means that victory at United will give Leicester the crown and they can claim the title this week even if they drop points, provided Tottenham do not better their result when they visit outgoing champions Chelsea on Monday.

While Ranieri continues to proceed with caution, the city of Leicester is firmly on a title footing.

Local landmarks have been lit up blue in anticipation of the team's first major silverware since the 2000 League Cup, while the estimated 3,000 supporters making the trip north to Manchester will be rewarded with 'Forever Fearless' souvenir T-shirts produced by the club.

It is three years since Old Trafford last staged a title party, but Louis van Gaal's United side are far from ideal candidates for the role of sacrificial lambs on the Leicester title altar.

United, seeking to reclaim fifth place from West Ham United, boast the division's strongest home record, having lost only twice on home turf, and have conceded only seven goals in their 17 games at Old Trafford to date.

They are on a run of six successive home wins, which has helped to keep their challenge for a Champions League place alive, and with Manchester City and Arsenal guaranteed to take points off each other when they meet next weekend, Van Gaal's men are not short of incentives in their pursuit of a top-four finish.

"We have to beat them because we are still in the race for fourth position," Van Gaal said.

"We cannot allow them to be champions this weekend at Old Trafford. They shall be champions a week later. We don't spoil the party, only postpone it a little bit."

Leicester have not won at Old Trafford in seven attempts, since a 1-0 league victory in January 1998, and will again be without 22-goal top scorer Jamie Vardy, who completes a two-game ban stemming from his dismissal for diving against West Ham.

His Argentine understudy Leonardo Ulloa is expected to continue up front despite sustaining a minor back problem after scoring twice against Swansea, while Ranieri must decide whether to keep faith with Jeff Schlupp on the left wing or recall Marc Albrighton.

United, who beat Everton at Wembley last weekend to reach the FA Cup final, are close to full strength, with left-back Luke Shaw (broken leg) and midfielder Bastian Schweinsteiger (knee) their only absentees.