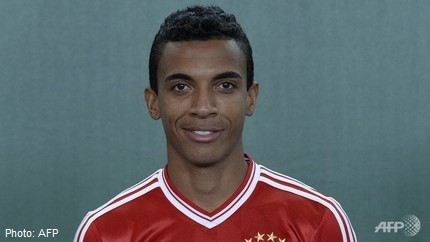 "We are delighted to have him with us," declared Wolfsburg sporting director Klaus Allofs after making official a transfer that had been announced in German media reports on Wednesday.

The 26-year-old has signed a five-year deal at the Volkswagen Arena as he looks to cement his place in the Brazil squad ahead of next year's World Cup, although no transfer fee has been announced.

He had fallen down the pecking order at Bayern during their run to the treble of Champions League, Bundesliga and German Cup last season and the summer arrivals of Mario Goetze and Spain's Thiago Alcantara had even further reduced his chances of making Pep Guardiola's team.

Luiz Gustavo first arrived in Germany with Hoffenheim before moving to Bayern in January 2011. He made a total of 36 appearances last season for the Bavarians and also helped his country win the Confederations Cup in June.