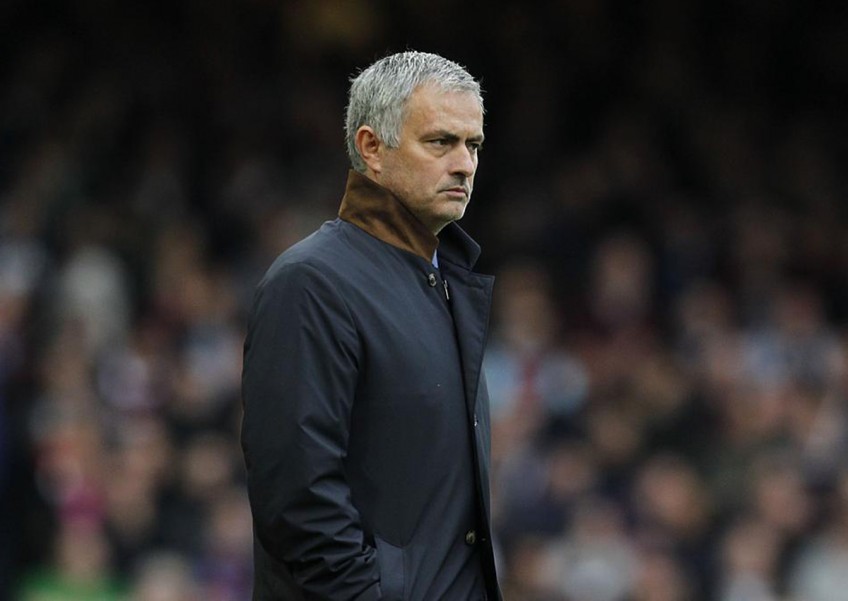 LONDON - Chelsea manager Jose Mourinho will learn in the coming days if he faces punishment for being sent to the stands during his side's 2-1 defeat at West Ham United.

Mourinho has complained over the last few months that he feels there is a vendetta against him and his team as far as match officials are concerned.

The Football Association has already taken action against him for comments made to the media on that subject, imposing a £50,000 (S$106,965) fine and a suspended 12-month stadium ban earlier this month.

The stadium ban will come into force if he breaches FA rule E3 - which obliges managers to "act in the best interests of the game" and "not act in any manner which is improper or brings the game into disrepute" - before October 16 next year.

Mourinho ensured he cannot be punished for any media comments by refusing to speak after Saturday's match, which was decided by Andy Carroll's late winner and also featured a red card for Chelsea midfielder Nemanja Matic.

But he may have to explain his part in referee Jon Moss's decision to banish him to the stands at half-time, a fate that had already befallen first-team coach Silvino Louro during the first half.

Moss's report will be sent to the FA in the next few days.

Reports suggested Mourinho had attempted to enter the referee's changing room without permission and if so the FA are likely to take a dim view.

Mourinho's media silence also broke Premier League rules, although a fine in that instance would be against the club.

His expulsion followed a frantic period of play at Upton Park.

Mauro Zarate fired West Ham in front, Chelsea defender Kurt Zouma had a header cleared from right on the goal-line and Cesc Fabregas had an equaliser chalked off in a marginal offside decision.

Matic was dismissed shortly before half-time for a second yellow card, prompting first Louro and then Mourinho to incur sanctions from the referee.

The 10 men equalised through Gary Cahill early in the second half, but Carroll's winner means Chelsea finished the day in 15th place - an extraordinary position for defending champions to be in.

West Ham moved up to third place and manager Slaven Bilic expressed sympathy with Mourinho's recent complaints, which included reservations about decisions in a recent 3-1 home defeat by Southampton in the Premier League and the mid-week 0-0 draw with Dinamo Kiev in the Champions League.

Yet the Croat was adamant that Moss and his officials had not been guilty of errors.

"I feel for him," Bilic said. "A lot of decisions from his point of view have gone against Chelsea - all together. But today (Saturday) I can defend those decisions, either as a referee or a West Ham manager.

"They were not mistakes; they were opinions. But probably in Kiev and a week ago against Southampton, that game and then that game, it is too much for a manager. I would probably be the same." Matic and his Chelsea team-mates were convinced the Serbia international's fouls - first on Cheikhou Kouyate and then Diafra Sakho - had not merited more than one yellow card in total.

"The sending-off, I didn't see any replays," he said. "The first one it looked like definitely (a yellow card), it was clear. The second one was very far form me. It looked like Sakho was already gone, so it looked like a yellow as well.

"But to be fair, if it was my player I would say it was harsh. My philosophy is that second bookings, especially if they are in the first half, they should be 'proper' bookings. I don't mean chopping off legs." While Zouma's close call was the result of an uncontestable decision by goal-line technology, Bilic admitted: "I would definitely moan if it was against us.