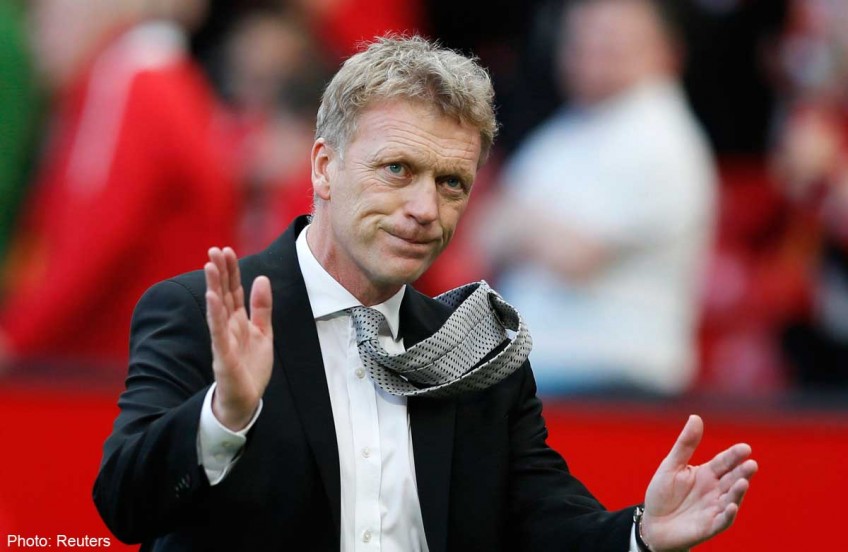 LONDON - Former Everton and Manchester United manager David Moyes believes the dismal performances of Premier League clubs in Europe this season has exposed a decline in standards in the English top-flight.

The 51-year-old is in a good position to judge the relative merits of the Premier League and its' European counterparts after taking charge at Spanish side Real Sociedad in November.

The Scot is trying to rebuild his tarnished reputation following his sacking by United last season after less than a year in charge at Old Trafford, but he has kept a close eye on the travails of England's teams in continental competition this term.

After Liverpool failed to make it out of the group stages of the Champions League, Arsenal, Manchester City and Chelsea all bowed out in the last 16.

Everton's Europa League exit on Thursday left England without at least one team in the last eight of a European tournament for the first time since 1992-93.

In contrast, Spanish sides have flourished in Europe this season and Moyes, speaking to BBC Radio Five Live on Sunday, said: "It's not been too long ago where we were looked at as probably having the best teams, and it does change.

"Chelsea, Manchester City, Arsenal are all exceptional teams in their own right and they'll be disappointed they went out, and maybe on another day they'd have gone through.

"It's just becoming a wee bit of a habit that we're not getting our teams quite as close to the final as we had in the past.

"I think this year you'd have to say it's probably the poorest Premier League I've seen in a long, long time.

"Maybe we do go over the top and recently we have maybe talked up the Premier League more than what it's actually been. There's other leagues which are certainly now comparable." Moyes has already been linked with a return to the Premier League, with West Ham said to be interested in his services.

He admits he would like to come back at some stage, but not in the near future.

"I think someday I will," he said. "I've left when I didn't expect to be leaving but what I've taken on is a great job. I love working in Spain," he added.