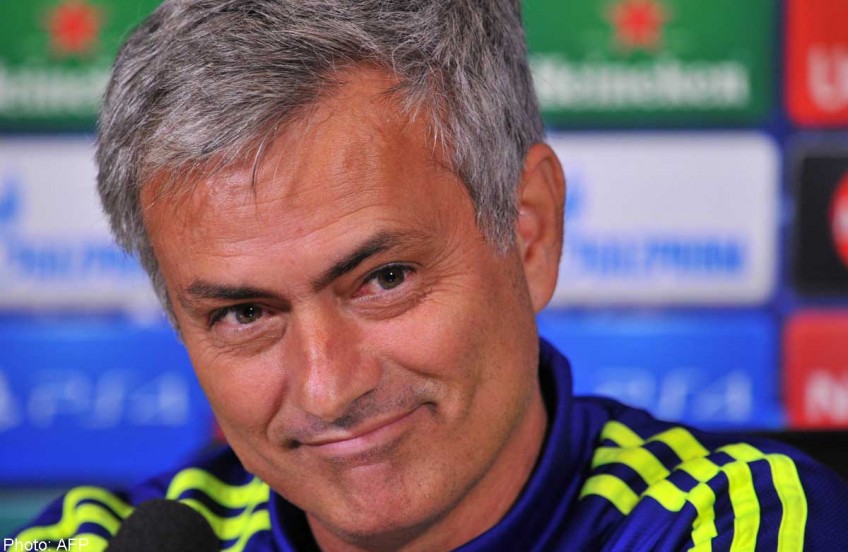 LONDON - Chelsea manager Jose Mourinho no longer feels the need to implement a "confrontational leadership" style with his players because their season is going largely to plan.

The 52-year-old Portuguese returned to Stamford Bridge for his second spell in charge last season but got off to a disappointing start by his own high standards and failed to win any silverware in 2013-14.

This season, however, Chelsea have already won the League Cup and boast a six-point advantage over Manchester City at the top of the Premier League table with a game in hand.

"This season I don't need confrontational leadership - last season I felt I needed it a few times," Mourinho told reporters.

"Basically, it's when you are ready to provoke your players to try to create some conflicts with the intention to bring out the best of them.

"In this moment I don't think I need that with this group because things are going in the direction I want."

It has not been all smooth sailing for Mourinho this season, however, as Chelsea were knocked out of the FA Cup by League One (third tier) Bradford City and were eliminated in the last-16 of the Champions League by Paris St Germain.

"Obviously you can say 'but you lost in the Champions League', or 'you lost against Bradford'," Mourinho said.

"So I just need to be present. I don't need to be a big leader, or even try to find strategies as a leader."

Hazard, however, has been Chelsea's standout player this season but Mourinho said he is unsure if the 24-year-old's development is down to the criticism he received.

"I don't know if it was that or it was his maturity coming, his level of ambition," he said. "I just think that was a natural evolution.

"He wants to be the best, to improve his game, score more goals. I still call him a kid but he's a man. He's a great player."