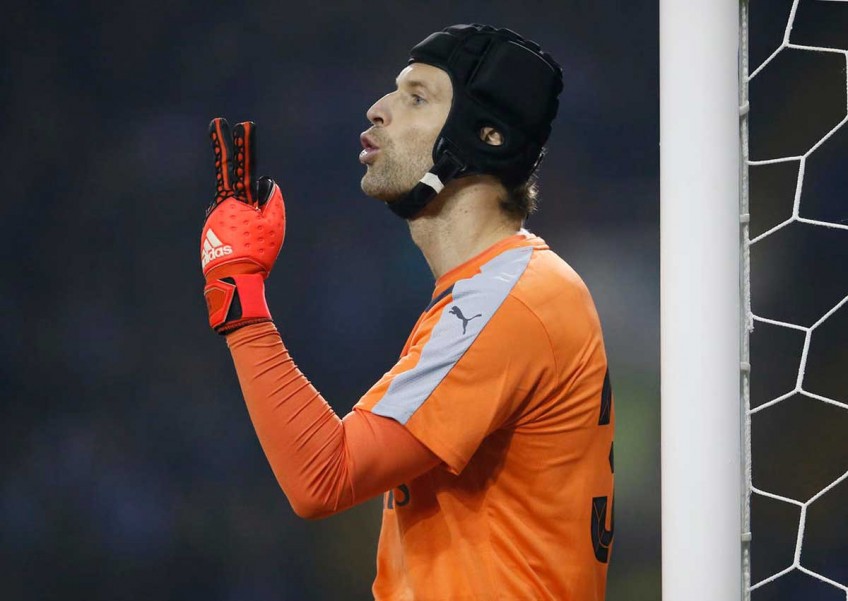 Arsenal's Czech goalkeeper Petr Cech, the only league champion in the Gunners' side, welcomes his former team, Chelsea, to the Emirates Stadium.
Reuters

Chelsea could revert from kings to kingmakers. They won the Premier League title last season. They helped decide it the year before, their victory at Anfield proving pivotal in Manchester City's eventual triumph.

Their campaign culminates against Leicester, which could yet result in Claudio Ranieri's underdogs being crowned champions.

First, however, they have the chance to dent Arsenal's title tilt. History suggests they are eminently equipped for the task.

To beat Chelsea, Arsenal will have to first score against the Blues, something they did not manage in the league during Jose Mourinho's second spell in charge.

Nor is Guus Hiddink's return particularly welcome news. He won his two previous Arsenal-Chelsea games by an aggregate score of 6-2.

Arsenal's record against the elite has improved, but they have beaten Chelsea just six times in 28 attempts. Chelsea's only major scalp of the season is, typically, Arsenal.

The Gunners' task is footballing and physical, technical and tactical, but above all psychological.

They may have defeated Chelsea in August's Community Shield, but need to prove they can do so when the stakes are higher.

They have to confront their demons, perhaps literally.

September's 2-0 defeat was disfigured by the antics of Diego Costa, whose histrionics resulted in Gabriel's red card. The striker was retrospectively banned but that did not placate Arsene Wenger.

While Arsenal would savour revenge and while Gabriel will not start, they need to ensure Costa, assuming his bruised shin does not rule him out, does not wind them up again.

And while Chelsea stutter and stumble, they remain obdurate opponents. They have not lost since Mourinho left. They should be stronger with Eden Hazard's return from injury.

Arsenal, too, should have added creativity. Alexis Sanchez's comeback could be from the bench. Mesut Oezil, who sat out Sunday's 0-0 draw at Stoke, will be parachuted back into the starting XI.

It provides an intriguing clash of the creators, with Oezil pitted against Arsenal's former playmaker Cesc Fabregas.

The Spaniard gives Hiddink a decision to make: He began with two out-and-out defensive midfielders in the 3-3 draw against Everton, as he did away against Manchester United, and could adopt a similar ploy against Arsenal's phalanx of creators.

Yet if Fabregas is not trusted to defend, the Spaniard was more effective last week when dropped deeper in a mid-match reshuffle.

The reunions continue elsewhere. Against Mourinho's advice, Chelsea sold Arsenal Petr Cech. The in-form goalkeeper is the lone Premier League champion in Wenger's line-up. His old colleagues have silverware but standards have slipped.

While Hiddink's warning sounded improbable, he claimed Chelsea are in a relegation battle. Defeat could leave them one point off the bottom three.

The sight of their arch-enemies in such an ignominious position would make victory all the more cathartic for Arsenal. But first, for once, they must beat Chelsea.