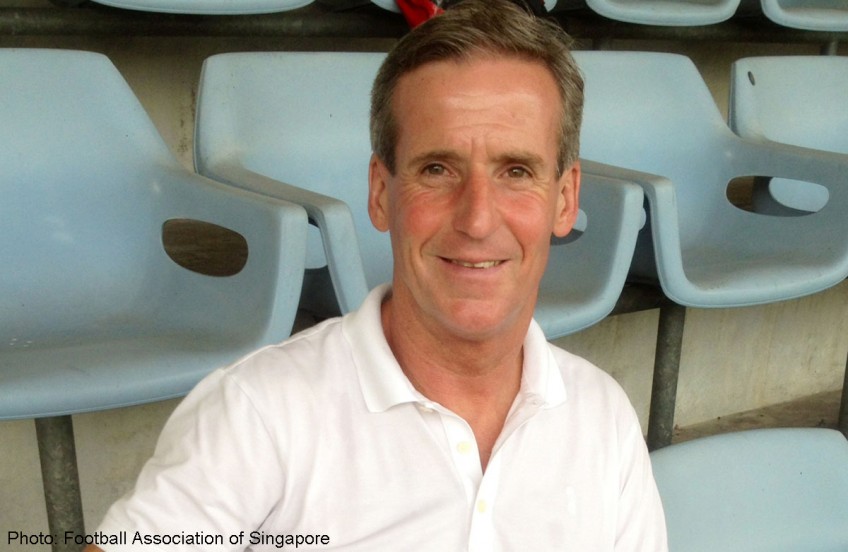 He was brought in specifically to help make sure Singapore's footballers will be fighting-fit for their assault on the SEA Games gold medal in June.

But just three months into his appointment, questions are being asked about whether the squad's fitness coach Juergen Raab is the right man for the task.

The Straits Times understands that doubts have been raised within the Football Association of Singapore (FAS) about the German's training methods.

The fact that the 56-year-old is known more as a coach and not as a specialist fitness trainer has also been flagged.

Said a source: "Juergen knows the basic drills but that is because fitness training is part of the syllabus at coaching courses.

"All coaches must know the basic fitness stuff.

"But when you look at his CV, all these years, there is no mention of his track record as a fitness trainer.

"With the national team without any major tournaments next year, the SEA Games should take priority.

"The team are expected to at least make the final so shouldn't the best man be picked for the job?"

His resume, which can be found online, shows he has worked with top German clubs like Borussia Moenchengladbach although the posts he held were that of assistant manager and manager.

Before joining the FAS, his last post was as the coach of German regional fourth-tier side FC Carl Zeiss Jena four years ago.

In contrast, the FAS also has national fitness coach Aleksandar Bozenko under its employment.

Appointed a decade ago, the Serb is a Fifa fitness instructor and familiar with the players.

However, he has been assigned to focus on the LionsXII team in the Malaysian Super League next year.

Added another source: "Sasha (Bozenko's nickname) has a strong track record over the years. He knows and understands many of the boys, having worked with them since they were young.

"He can help rehabilitate injured players and he is very good at tailoring programmes for individuals. He was already working with a few of the boys before Juergen's appointment and would have been a really big help for the SEA Games."

Raab has also been dispatching tactical advice to players which has led to some confusion, according to players The Straits Times spoke to.

Said a player who declined to be named: "We were getting instructions from Juergen but we also have head coach Aide Iskandar and assistant coach S. Subramani, and that has led to the lines being blurred sometimes."

The FAS, though, believes it has the right man for the job and added that he has "extensive fitness coaching experience" with Moenchengladbach and Nuremberg.

"This qualification is equivalent to a master's degree. On top of this, Juergen also holds a Uefa Pro Licence (football's highest coaching qualification)."

Raab is part of Stange's backroom staff of foreign coaches.

They include compatriot Harald Irmscher, the assistant coach, and English goalkeeping coach John Burridge, whom Stange worked with during his stint as Oman's national coach in 2001.

Stange too is also under the spotlight as a FAS executive committee will meet today to discuss, among other things, the German's future following the Lions' AFF Cup group-stage exit. His contract with the FAS expires in May.

This article was first published on Dec 29, 2014.
Get a copy of The Straits Times or go to straitstimes.com for more stories.