Football: Rajagobal put the pride back in the Malaysia shirt 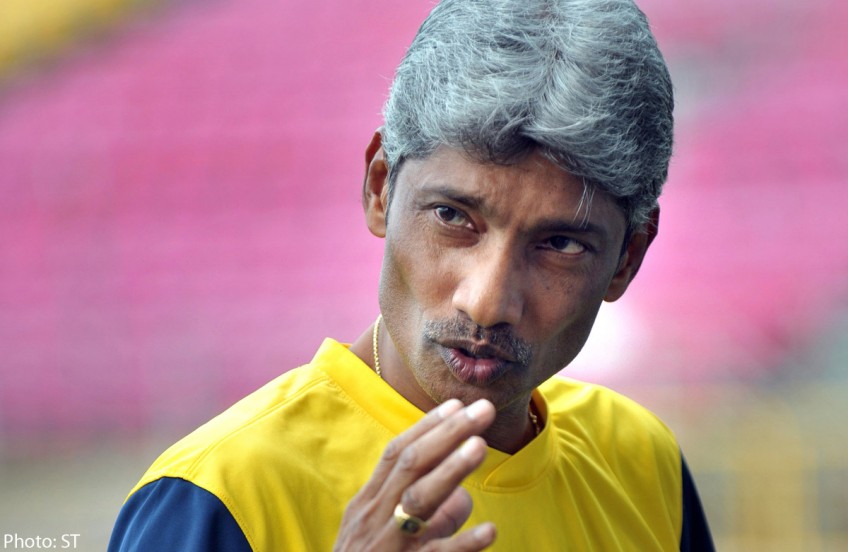 Dollah Salleh has a chance to earn South-east Asian football immortality if he can turn around Malaysia's 2-0 deficit against Thailand in the second leg of the AFF final in Kuala Lumpur tomorrow. As his predecessor as national coach will tell you, lifting the Suzuki Cup can change your life.

In 2010, K. Rajagobal defied the odds to win the two-legged final against tournament co-hosts Indonesia. His side were thrashed 5-1 in the group stages in Jakarta and yet turned the tables when it mattered three weeks later in the final.

Malaysia had won the ASEAN tournament for the first time at the eighth attempt.

Prime Minister Najib Razak declared a public holiday and Rajagobal received a datukship - the nation's equivalent of a knighthood. Four years on, Rajagobal sits in front of me in a vegetarian cafe in Kelana Jaya, near Kuala Lumpur. His eyes are flashing as he remembers the crucial 3-0 victory in the 2010 home leg of the final against Indonesia.

"It was the finest time of my career when those three goals were scored in the second half at the National Stadium."

Indonesia won the return leg 2-1 but Malaysia went on to lift the crown 4-2 on aggregate.

Some of the same players who appeared in the 2010 tournament and were blooded under Rajagobal - he coached several Malaysian junior teams before he was appointed to the top job in 2009 - are also in Dollah's seasoned squad. Veterans Amri Yahyah, Safee Sali, Safiq Rahim and S. Kunalan have all made significant contributions, just as they did four years ago.

"It's the core of the same players from 2010 and as a coach you feel proud for the team," Rajagobal says.

When Malaysia stunned the Asian footballing world with a 4-2 semi-final second-leg victory over Vietnam on Dec 11, he was watching at a public venue in the state of Negeri Sembilan.

At full-time, jubilant fans came up and congratulated him.

The efforts of his team in 2010 proved what was possible.

"I'm surprised that people recognise me all over South-east Asia," he says. "Recently, I went to Jakarta. I was asked to handle the ASEAN All Stars team playing against Indonesia (as a fund-raiser for the victims of Typhoon Haiyan). People still remembered me and asked to take photos at the hotel and when I went shopping."

A skilled motivator who favours attacking football, he is credited with helping restore the confidence of the Malaysian Tigers after the embarrassment of the 2007 Asian Cup on home soil when they lost all three group matches - scoring one goal and conceding 12.

As a locally-born national coach who achieved more than a succession of highly-paid foreign managers, Rajagobal is rightfully proud of his success.

In 4½ years in charge, he crossed swords with the likes of Arsene Wenger, Jose Mourinho, Kenny Dalglish and Roberto Mancini on Asian pre-season tours of top English Premier League sides.

The Manchester United fan never felt inferior to the big names and believed that his views on football were equally valid.

Soon after his appointment in July 2009, he found himself on the touchline, opposing his hero Sir Alex Ferguson in front of 90,000 fans in Kuala Lumpur.

A brace from Amri drew Malaysia level at 2-2 before a late goal from new signing Michael Owen gave the Red Devils a 3-2 victory.

Since the end of his Malaysian stint a year ago, Rajagobal has not worked as a coach.

He was linked to the Vietnamese national team job before Japan's Toshiya Miura was appointed in May.

Rajagobal says he would like to get back on the saddle soon. "I'm waiting patiently for the right option, the right offer.

"I'm open to any discussion. Not only local sides but I would like to coach another national team," he adds.

Rajagobal turns 59 next year but remains lean, fit and youthful. He carries the same weight and has a similar hairstyle to when he was a winger for the national team in the early 1980s.

If Malaysia are able to win their second AFF title this weekend, they will owe a debt of gratitude to the man who helped put the pride back in the yellow and black shirt.

This article was first published on Dec 19, 2014.
Get a copy of The Straits Times or go to straitstimes.com for more stories.